Support Us
More
More
HomeNATIONNow PF account will not have to be transferred on change of...
NATION
November 20, 2021

Now PF account will not have to be transferred on change of job, work will be done through centralized system 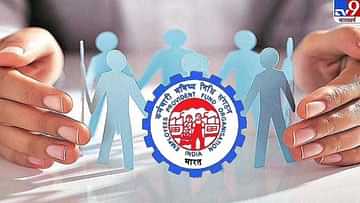 A big announcement has been made on Saturday in the board meeting of the Central Board of Trustees of Employees Provident Fund Organization (EPFO). It was decided in the meeting that the centralized IT system of Provident Fund (PF) account would be approved. This means that if an employee changes jobs or joins from one company to another, then there will be no hassle of transferring PF account. This work will be done automatically.

Also Read – 7th Pay Commission: There will be high increase in DA-DR of central employees

For this, there are some paper formalities in the old and new company which have to be completed. Due to these paperwork, many people leave PF money in the old company. In the new company, the second PF account is created on the earlier UAN itself. But the full balance is not visible in this PF account because the employees are not merged the old account with the new one. Now this mess will be over.

Actually, the centralized system will merge the different accounts of the account holders of PF and create one account. This will eliminate the hassle of merging accounts and the employees will be able to avoid many types of paperwork. This decision has been taken in the 229th board meeting of EPFO ​​chaired by Union Minister Bhupendra Yadav. Many issues are being discussed in the meeting of the Central Board of Trustees of EPFO. These include increasing the interest rate of PF to increasing the minimum pension amount for pensioners from Rs 1,000 to Rs 3,000. Although the trade unions have demanded that the Ministry of Labor and EPFO ​​should increase the pension to Rs 6000.