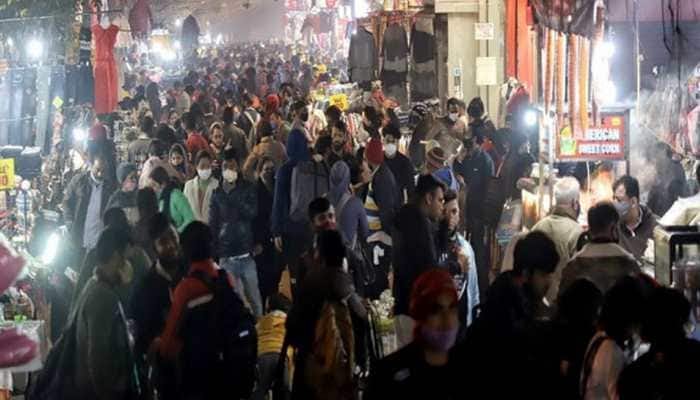 Sarojini Nagar market in Delhi will follow an odd-even scheme for operation on weekends after visuals of shoppers falling on each other and struggling to walk in the crowded market went viral.

The odd-even scheme is to reduce crowding during Christmas. The order from the Delhi government will be applicable on December 24 and 25 to prevent the spread of infection in the market.

According to the order, issued by the office of the subdivisional magistrate, Vasant Vihar, “Increasing footfalls are seen in Sarojini Nagar market during the last few days; and, therefore, with the need to control the same in light of the rapid spike in daily cases and positivity, it was decided unanimously by all market associations in the meeting held on December 24 to follow odd-even operations for the weekend of December 25 & 26”.

A meeting of all stakeholders of Sarojini Nagar Market was held on Friday regarding the maintenance of COVID appropriate behaviour.

It was decided at the meeting that the Director (Enforcement) of the New Delhi Municipal Council (NDMC) and the Station House Officer (SHO), Sarojini Market, will ensure that no unauthorised vendors are operating in the market and that there are no encroachments in the entire market.

Earlier, Delhi High Court had taken the cognisance of a social media video depicting overcrowding in the Sarojini Nagar market, pointing it out to be “frightening”. The court had said that Covid Or no covid, the situation was dangerous. “There can be a stampede where hundreds of people can die. And don’t say that this is state-managed. Hundreds of people are pushing each other and there is no control that people have on each other. they are just flowing like a river,” it said.