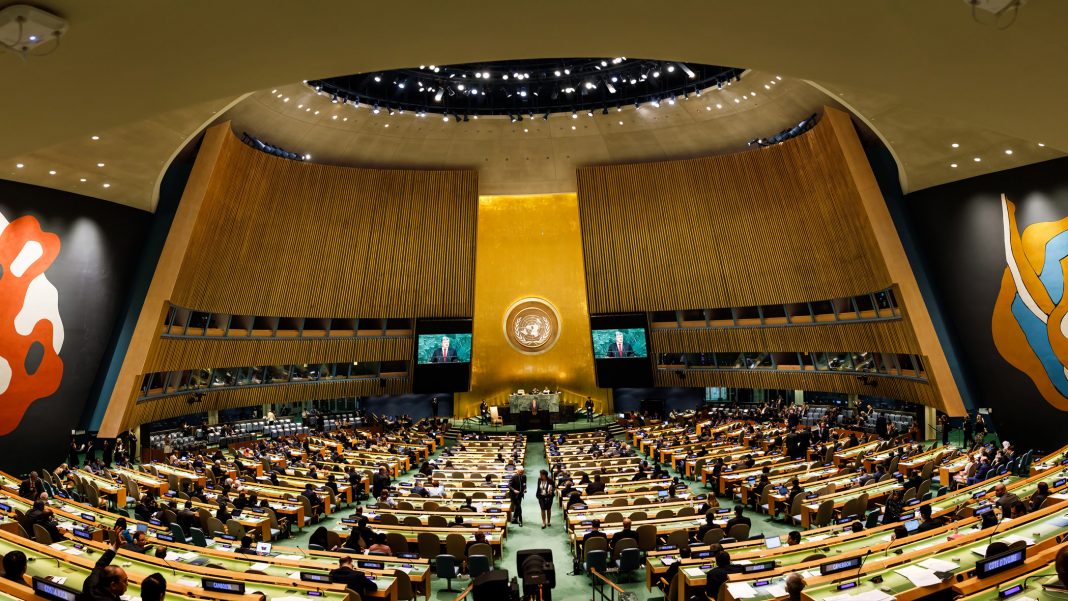 “we exercise our right of reply to one more attempt by the leader of Pakistan to tarnish the image of this august Forum bringing in matter internal to my country and going so far as to spew falsehood on the world stage.” Sneha Dubey First Secretary at UNGA was quoted by ANI.

Sneha Dubey further added and accused Pakistan of being an “arsonist disguising itself as a fire-fighter” by harbouring terrorist and called upon the neighbouring country to “immediately vacate all the area under its illegal occupation.”

Minorities of Pakistan live in constant fear and state sponsored suppression of their rights,” Sneha Dubey said at UN.

In his pre-recorded speech aired on Friday evening at the UNGA, Pakistan PM Imran Khan had said, “New Delhi has embarked on what it ominously calls the final solution for the Jammu and Kashmir dispute.” This was in reference to the Indian government’s decision to abrogate Article 370 in 2019. He went on to list what he called “gross and systematic violations of human rights” committed by Indian forces in Kashmir.

In response to this India’s Sneha Dubey said, “While such statements deserve our collective contempt and sympathy for the mindset of the person who utters falsehood repeatedly, I am taking the floor to set the record straight,” the young Indian diplomat said, slamming the Pakistani leader for raking up the Kashmir issue in his address to the 76th session of the UN General Assembly.

Dubey further said, “Regrettably, even today we heard the leader of Pakistan trying to justify acts of terror. Such defence of terrorism is unacceptable in the modern world.”

In her speech, India’s Sneha Dubey said India desires normal relations with all its neighbours including Pakistan. “However, it is for Pakistan to work sincerely towards creating a conducive atmosphere, including by taking credible, verifiable and irreversible actions to not allow any territory under its control to be used for cross border terrorism against India in any manner,” she was quoted as saying by ANI.