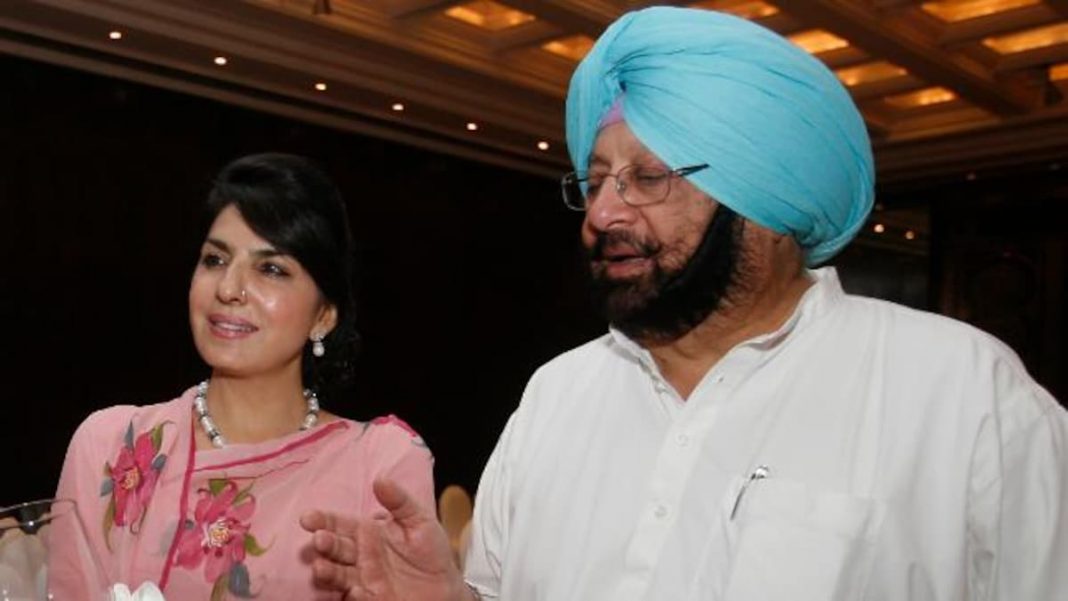 In a conversation with a leading daily, she rubbished the claims. When asked about if she was romantically involved with the former Punjab CM, sh e said they were soulmates, not lovers.

“We have been companions. When I first met him, I was 56 and he was around 66. At such an age, you are not looking for lovers. We were friends, companions and soulmates,” she said.

She said, “We met at a juncture in life where love affairs and romance don’t matter. We have been soulmates and good family friends. I have met his mother, his family, sisters.”

In a fresh jibe, Punjab Deputy Chief Minister Sukhjinder Singh Randhawa invoked religion to say that “love affairs” were not allowed in the Sikh religion. “Even in Gurbani, living with another woman is considered wrong. Captain and I fought in America as well regarding the issue of Aroosa Alam,” he had said on Tuesday.

Aroosa Alam rubbished the allegations by saying that the politicians are questioning the Indian security agencies when they say an ISI agent was allowed entry into India for the past 16 years.

“When Pakistanis get visas, it is a very painful and long process with lots of security and background checks. There are a few agencies involved. I have been travelling to India for the past 16 years and each time I have cleared security. How can I have ISI links which were not known to the agencies for so many years? If I were an ISI agent then it points fingers at your security agencies who might be traitors for allowing me entry for so many years,” she said.