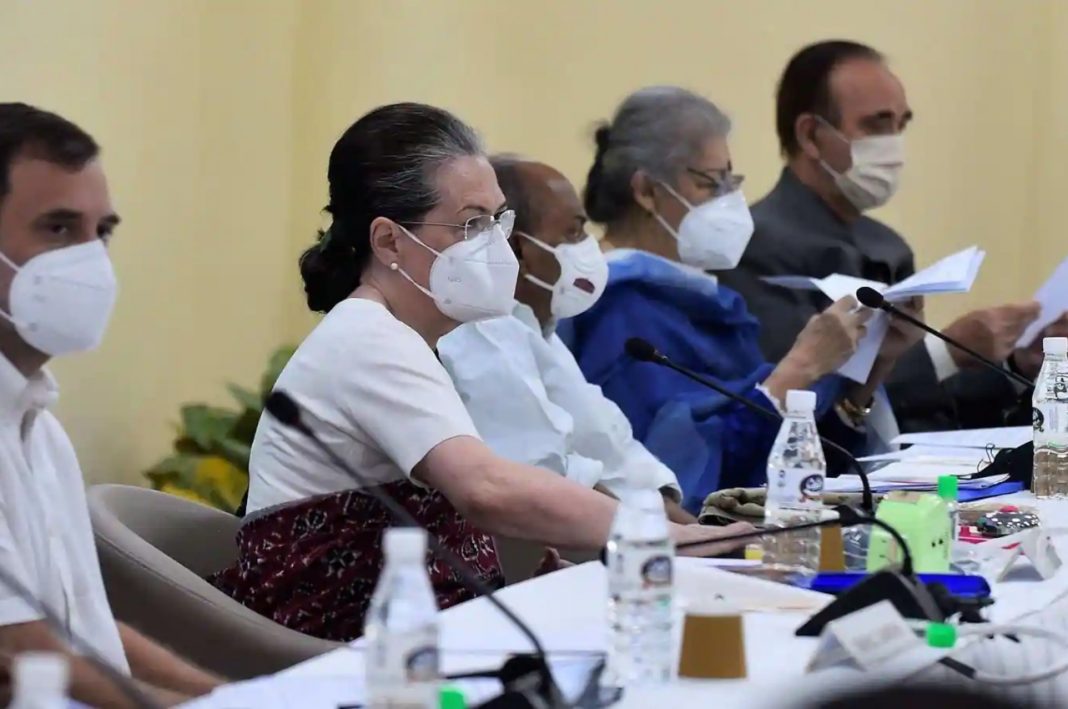 Congress President Sonia Gandhi seemed to address the matter of “unity” or lack thereof, which has been a matter of concern for the outfit, at the Congress Working Committee meeting.

“The entire organization wants a revival of the Congress. But this requires unity and keeping the party’s interests paramount. Above all, it requires self-control and discipline,” she said.

She said that full-fledged organisational elections will be held soon to elect a full-time Congress president. The Congress President also underlined her role as a full-time, hands-on party president.

Sonia Gandhi said: “Our preparations for the Vidhan Sabha polls had begun a while back. Undoubtedly, we face many challenges. But if we are united, if we are disciplined and if we focus on the party’s interests alone, I am confident that we will do well.”

“The public sector has had not just strategic and economic objectives — it has had social goals as well; for instance, empowerment of scheduled castes and scheduled tribes and development of backward areas. But all this is in jeopardy with the Modi government’s single-point agenda of becho, becho, becho (sell sell sell),” she added.

Highlighting the rising fuel costs, she said, “Prices of essential commodities — food and fuel included — continue to rise unabated. Could anyone in the country ever imagine that petrol price would be over Rs 100 a litre, a gas cylinder would cost Rs 900 and cooking oil would be 200 rupees a litre? This is making life unbearable for people across the country.”

She said that the Modi government had changed its vaccine procurement policy in response to the demands of the states. “This was one of those rare occasions when the states were actually heard and the country benefitted.”