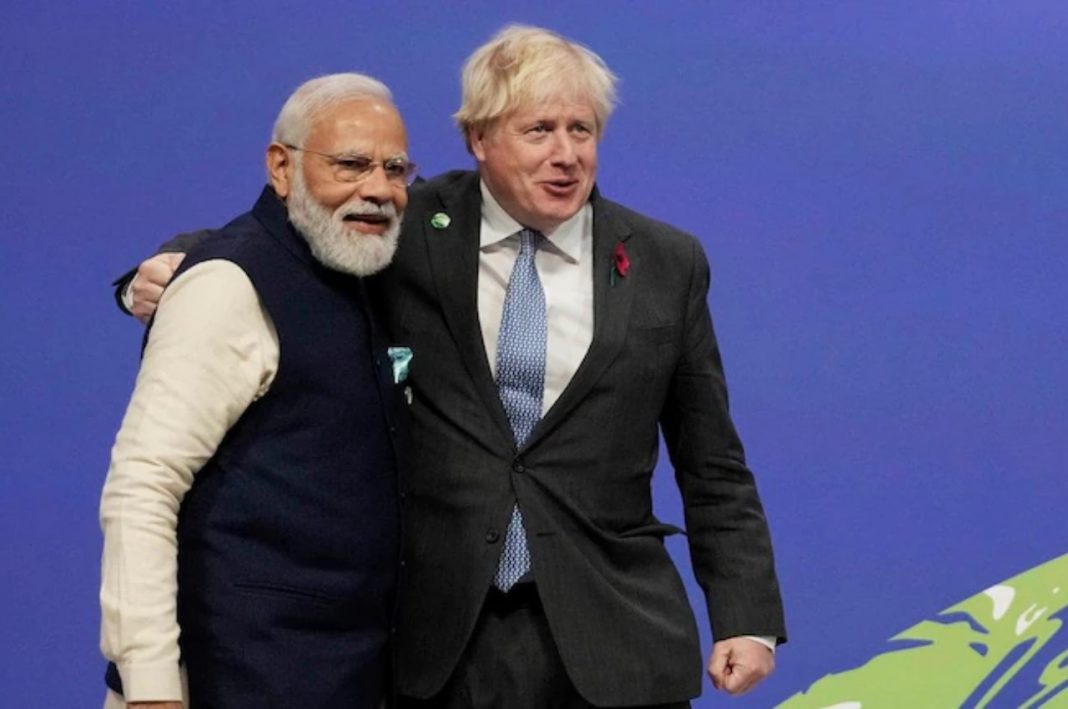 Prime Minister Narendra Modi and his British counterpart Boris Johnson looked like a team when they exchanged hugs and were seen chatting as they ironed out the vaccine recognition issue that had emerged as a sore point for India ahead of the COP26 summit.

India and the UK were recently engaged in a brawl following London’s refusal to recognize Covishield/AstraZeneca vaccines administered in India and putting Indian travellers through mandatory quarantine and testing.

Meanwhile, PM Modi and his British counterpart will jointly launch the initiative Infrastructure for the Resilient Island States (IRIS) at the 26th session of the Conference of Parties (COP-26) in Glasgow, said Foreign Secretary Harsh Vardhan Shringla on Tuesday.

During the press briefing, Mr Shringla said that the “Prime Minister has pointed out that, in many cases, lives are lost, but livelihoods and entire infrastructure, housing, everything that is to do with infrastructure is lost with cyclones, etc. Especially small island states and coastal areas the vulnerable to these ravages of climate change. And this is an effort to try and equip countries that are particularly vulnerable to these effects of climate change.”

Foreign Secretary said, “You will have the launch of the Infrastructure for the Resilient Island States called IRIS. This will involve a joint effort between India and the United Kingdom. Prime Minister Modi and Prime Minister Boris Johnson will jointly launch and you will have the participation of Australia, which is also a partner in this effort.”