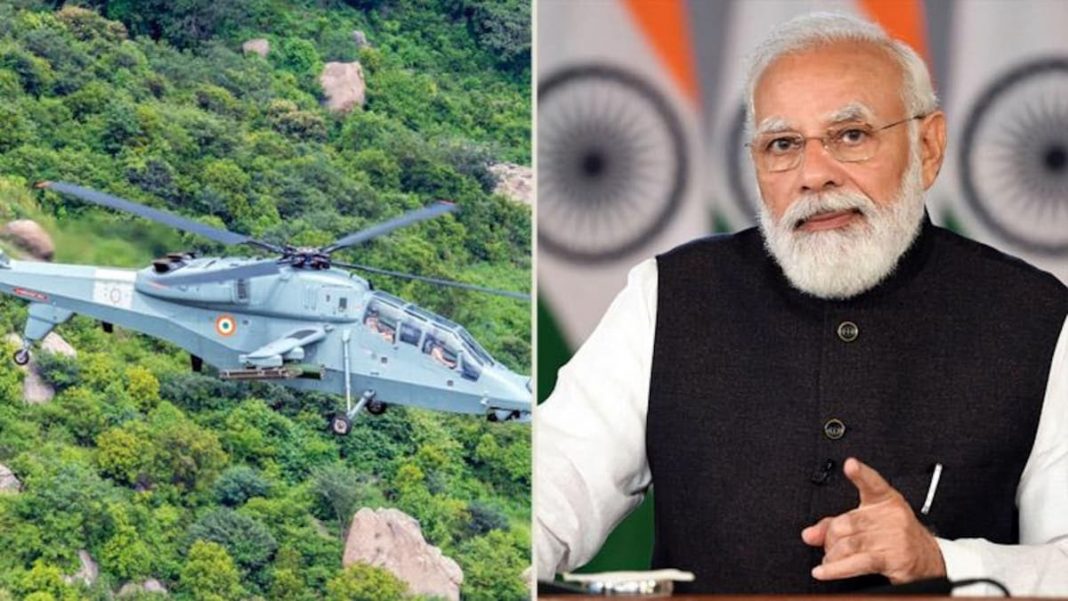 The LCH has been designed and developed by Hindustan Aeronautics Limited. It is the only attack helicopter in the world that can land and take-off at an altitude of 5,000 metres with considerable load of weapons and fuel.