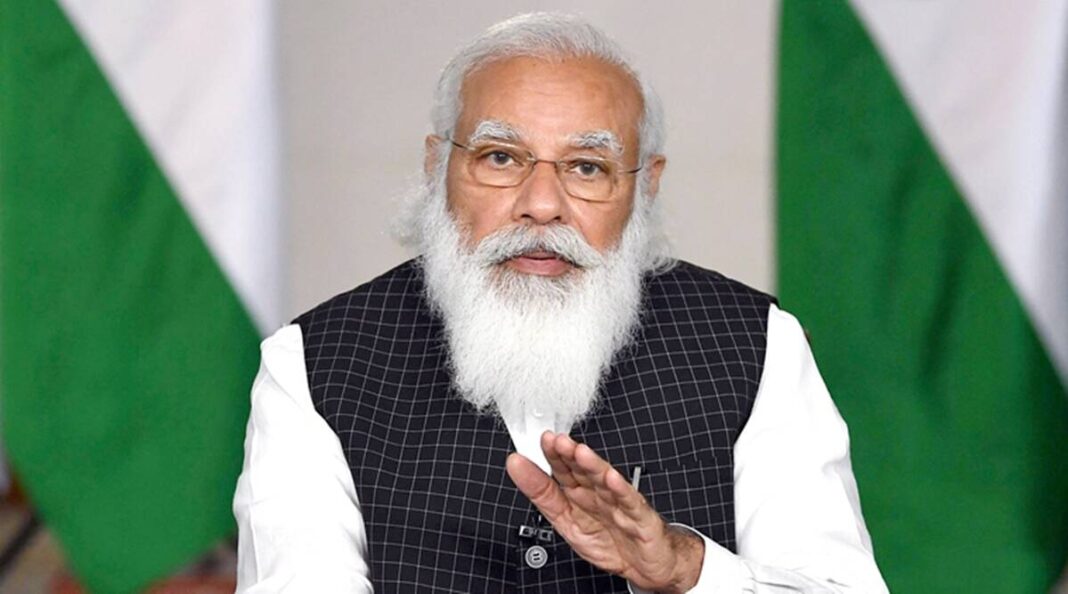 Prime Minister Narendra Modi has addressed the nation in his 75th ‘Mann Ki Baat’ Radio program. In his address he mentioned about last year’s Janata Curfew and stated that was the motivation in India’s fight against the COVID-19.

“We showed our love and respect for corona-warriors. We were striving hard to get corona vaccine and today we are conducting the biggest vaccine programme in the world,” PM Modi said.

Lauding people for who have already got vaccinated, the Prime Minister said, “The world’s biggest vaccination program is underway in India, today. In UP’s Jaunpur, a 109-yr-old woman got herself vaccinated. Similarly, a 107-yr-old man in Delhi got himself vaccinated. We have to make people committed towards the mantra of ‘Dawai bhi, Kadai bhi’.”

“In the struggle for freedom, our fighters underwent innumerable hardships since they considered sacrifice for the sake of the country as their duty. May immortal saga of their sacrifice, ‘Tyaag’ & ‘Balidan’ continuously inspire us towards the path of duty,” he continued.

During the 75 episodes, we discussed innumerable topics including rivers to himalayan peaks, deserts to natural disasters, tales of service to mankind, technological inventions to stories of innovations from remote areas,” he said.

The Prime Minister also praised India’s Aatmanirbhar campaign and stated “Many are now getting into bee farming. The people of Gurdum village,Darjeeling have taken up honey bee farming and today there is a significant demand for honey harvested by them. This is also increasing their income. They’re helping in Aatmanirbhar Bharat campaign.”