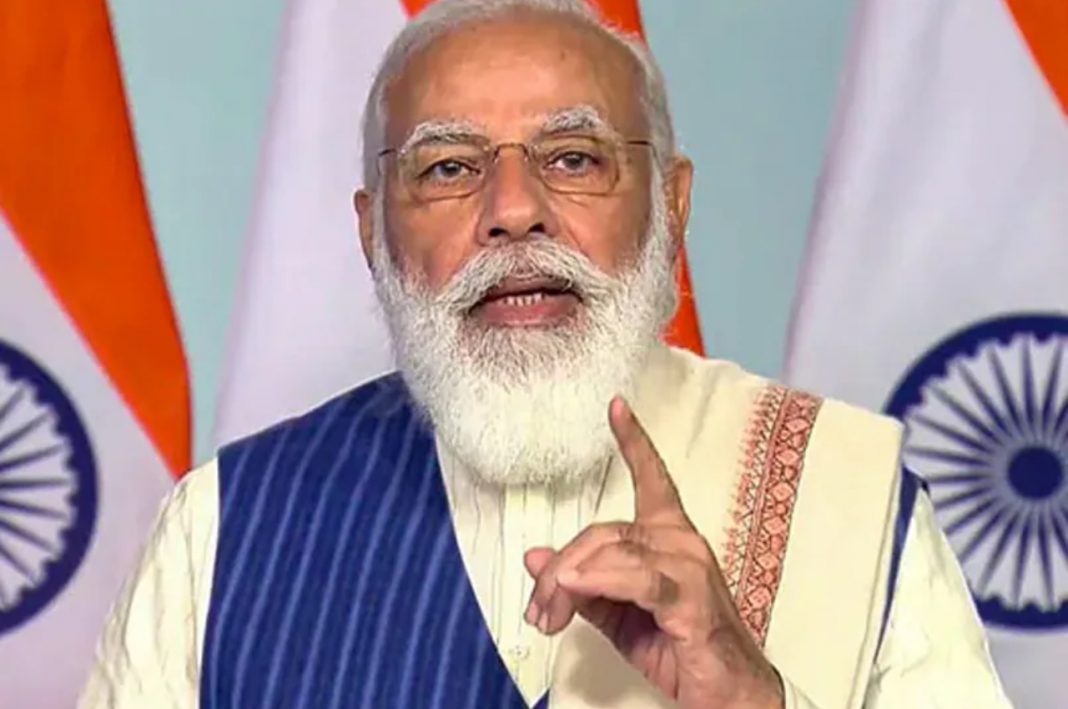 Prime Minister Narendra Modi on Saturday praised the healthcare workers of Goa for completing 100 per cent of the first vaccination dose, becoming the first in the country to do so, and said that the state is playing an important role in the success of the world’s largest and fastest vaccination drive.

Interacting with the health care workers (HCW) and beneficiaries of the Covid vaccination programme in Goa via video conferencing PM Modi said, “Goa is playing important role in the success of the world’s largest and fastest vaccination drive – ‘Sabko vaccine, muft vaccine’. In the past few months, Goa fought bravely against heavy rainfall, cyclone and flood, under the leadership of Chief Minister Pramod Sawant.” “I thank Team Goa, for their work during such a time. Every eligible person in Goa has received a dose of vaccine. This is a big deal in the fight against corona. Congratulations to all the people of Goa for this. This kind of coordination that Goa has shown to address social and geographical challenges is commendable. The Canacoona sub-division, which is situated far and wide in the state, is proof of the rapid vaccination as in the rest of the state,” he added.

PM Modi said, “The largest vaccination doses administered on September 17 with over 2.5 crore vaccinations by the Indian healthcare workers is worth admiring and shows our dedication to fight against this pandemic. The government is trying to make sure that not a single citizen of India faces any difficulties during these trying times.”

“I also want to appreciate all the doctors, medical staff, people associated with the administration in the country. With the efforts of all of you, India has set a record of giving the vaccine to more than 2.5 crore people in a single day yesterday,” he added.

“The achievement shows India’s strength and the entire world will acknowledge it,” he added further.