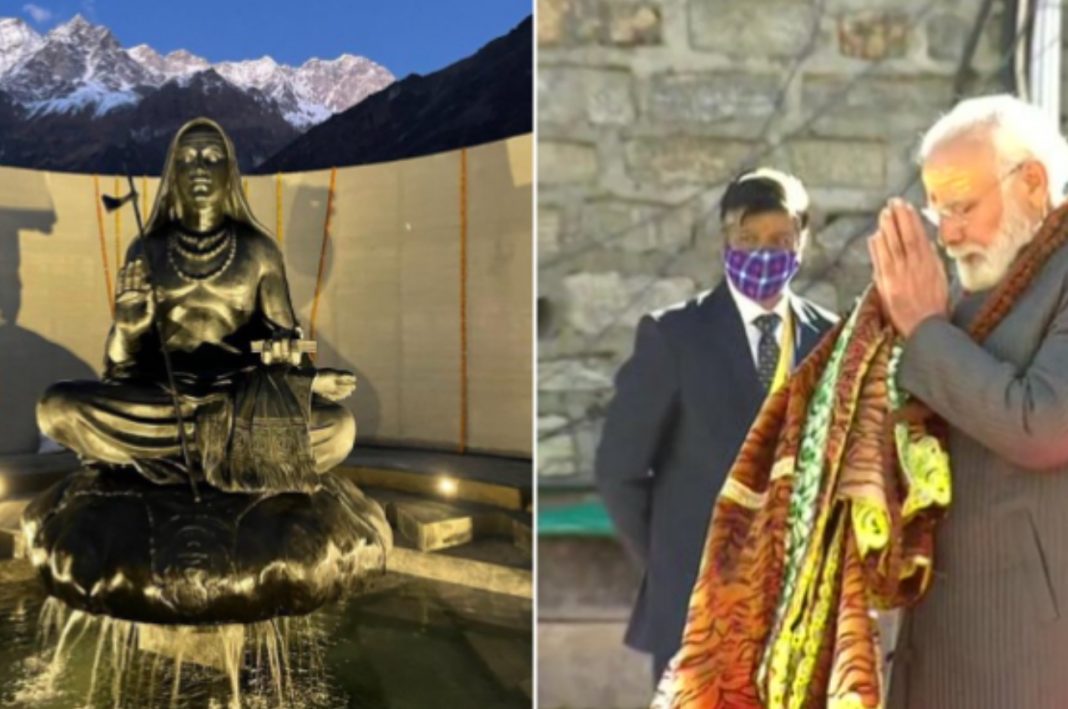 Earlier today, he had unveiled the statue of Adi Shankaracharya at the premises of the Kedarnath Temple in Rudraprayag district.

The Samadhi of Adi Shankaracharya has been reconstructed after its destruction in the 2013 Uttarakhand floods.

The Prime Minister had also offered prayers and performed ‘aarti’ at the ancient temple. He paid obeisance to Lord Shiva and undertook circumambulation of the Kedarnath shrine after offering prayers.

Located on the bank of the Mandakini river, Kedarnath Temple is the of the four ancient pilgrimage sites referred to as ‘Char Dham’ which also include Yamunotri, Gangotri and Badrinath in Uttarakhand.

Meanwhile, the Prime Minister is scheduled to address a public rally during his visit to the shrine. His visit comes ahead of the 2022 Assembly polls in the state.