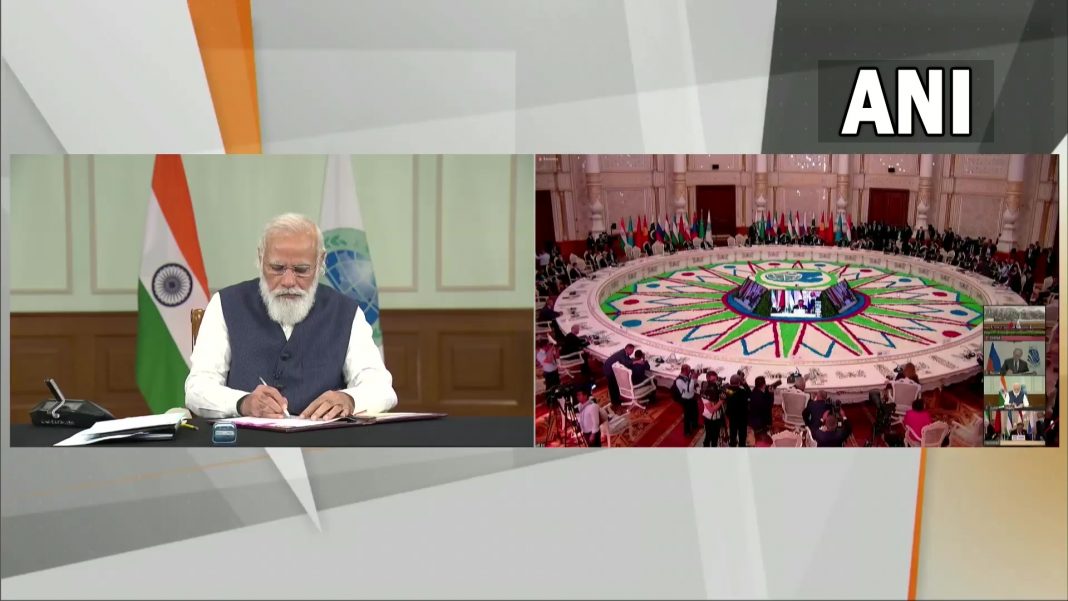 Prime Minister Narendra Modi Friday virtually addressed the Shanghai Cooperation Organisation (SCO) summit where he called for developing a template by SCO to effectively deal with the challenges of extremism and radicalisation.

“I believe biggest challenges in the region are related to peace, security & trust deficit,” he said in his virtual address.

In his six-minute virtual address, Modi said recent developments in Afghanistan had made this challenge more clear.

“Historically, this region has been a fortress of progressive and moderate cultural traditions. Sufi order prospered here for centuries. This tradition grew here and was spread across the world. Based on this historic heritage of Central Asia, the SCO should develop a common template to fight radicalisation and extremism,” he asserted. Radicalisation and extremism has been a barrier to development in the region and urged the member-countries to promote “rational thinking”.

He further said no connectivity initiative cannot be a one-way street. “To ensure mutual trust, connectivity projects should be consultative, transparent and participatory. There should be respect for the territorial integrity of all countries,” Modi added.

The Taliban declined to join talks with India, Iran and Uzbekistan on the Chabahar port and the North-South Transport Corridor, according to news reports, fueling some uncertainty over its future as Afghanistan is a crucial link in the 7,200-kilometer route.

India has backed the North-South corridor, which includes highways and railways connecting Chabahar in Iran with Russia that will cut time taken by shipments between Europe and central Asian markets. Earlier this year, New Delhi proposed the India-Uzbekistan-Iran-Afghanistan Quadrilateral Working Group to discuss shared use of the Chabahar port.

The meeting, being hosted by Tajikistan, also saw the inclusion of Iran as a new member of the SCO. PM Modi welcomed the move and also praised the step to include Saudi Arabia, Egypt and Qatar as new dialogue partners of the regional organisation.

The SCO was formed in June 2001 with Kazakhstan, China, Kyrgyzstan, Russia, Tajikistan and Uzbekistan as members. India and Pakistan became full members in June 2017. The SCO says its main goals are strengthening mutual trust and neighbourliness among the member states.

The SCO is celebrating its 20th anniversary this year. It’s the first SCO Summit being held in a hybrid format and the fourth Summit that India has participated as a full-fledged member of SCO.