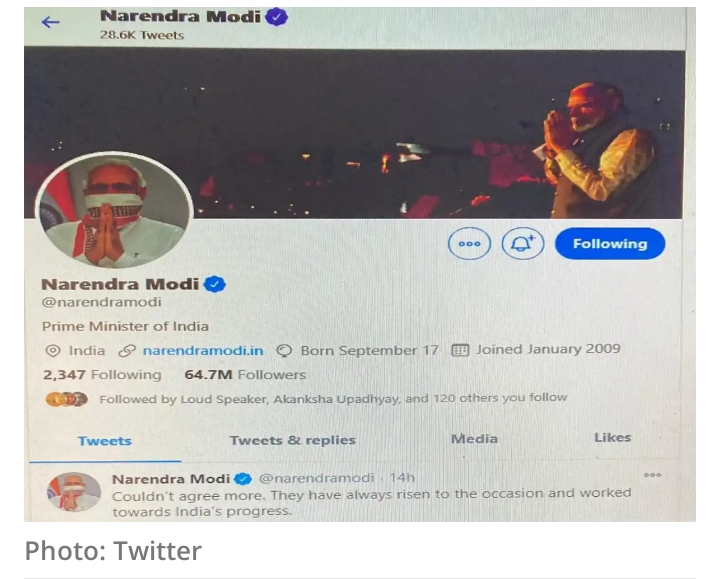 Until a few days ago, the distinction was held by Trump, and Prime Minister Narendra Modi’s Twitter account was only the second in the list of most active politicians with the most followers on Twitter.

On Saturday, Twitter had permanently suspended the account of Trump due to “risk of further incitement of violence”. The unprecedented move by the California-based social media platform came two days after his supporters stormed the Capitol, bringing disgrace to the country and its democratic institutions. Five people, including a woman and a police officer, died.