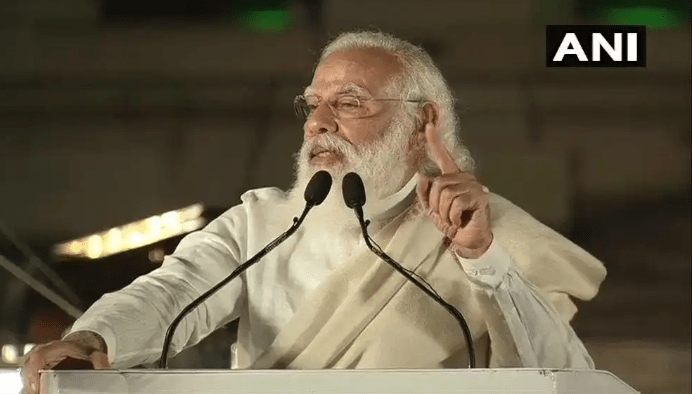 PM Modi first visited the National Library and interacted with artists and delegates of the library. He later reached Victoria Memorial, where the ‘Parakram Diwas’ celebrations were organised.

PM Modi said that Netaji Subhash Chandra Bose used to count poverty, illiteracy, disease, among the biggest problems of the country. He said that these problems can be solved only if society comes together.

Modi said that from LAC to LOC, the world is witnessing the powerful avatar of India that was once envisioned by Netaji. He said that India today is giving a befitting reply wherever attempts are made to challenge its sovereignty. 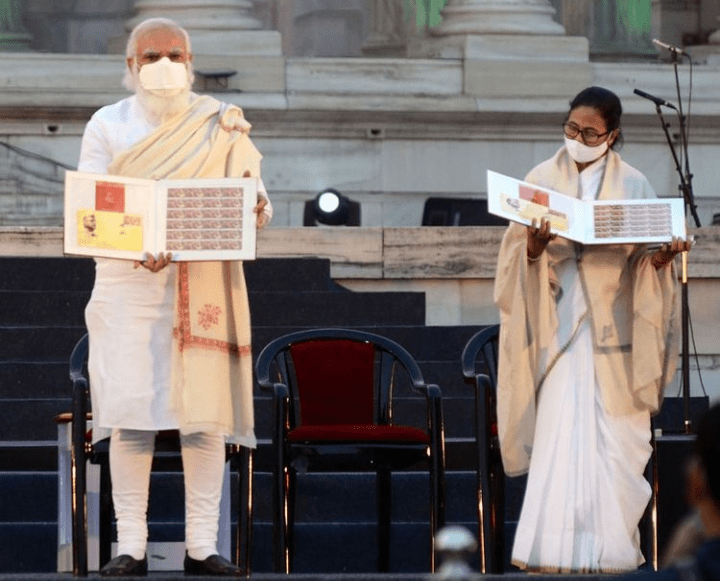 The Union Culture Ministry on Tuesday announced that January 23, birth anniversary of Subhas Chandra Bose, would be celebrated as “Parakram Diwas” — day of courage — every year. In a notification, the Ministry said the government had decided to celebrate the 125th birth anniversary year starting from January 23, 2021 in a “befitting manner at national and international level”.

Modi also attended an international seminar on Bose at National Library and interacted with delegates and artists there. The prime minister’s aircraft landed at the NSC Bose International Airport around 3 pm, from where he took a helicopter for the city. Modi’s chopper landed at the RCTC Ground in the heart of the city where he was received by Governor Jagdeep Dhankhar and state minister Firhad Hakim.

Banerjee refused to speak at the event after a section from the audience shouted ‘Jai Shri Ram’ when Banerjee was about to deliver her speech. She, however, didn’t walk out of the venue.

“This is a government programme and there must be some decorum and discipline here. It should have some dignity,” she said.

“It is not a political programme. You cannot invite people here and insult them. I am invited and humiliated. In protest, I am not saying anything (referring to her speech),” she said and went back to her seat.