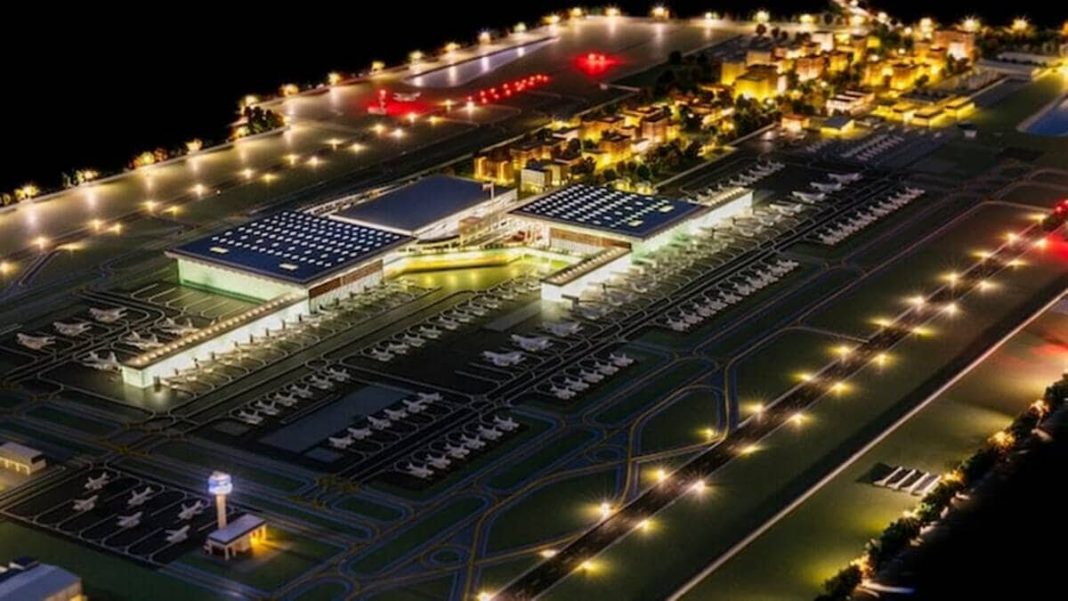 According to officials, all preparations have been made for November 25 event with a massive tent covering an area of over 12 lakh square feet has been constructed. The Prime Minister will also address a rally on this occasion.

Over 2.5 lakh people expected to attend the event. Apart from the grand tent and stage, a lounge for Prime Minister, a helipad and asphalt roads to the venue have also been set up.

It will be the second international airport to come up in the Delhi-NCR region, after the capital’s Indira Gandhi International (IGI) Airport, and, according to the Prime Minister’s Office (PMO), will help decongest the country’s busiest airport.

“Tomorrow, 25th November is a major day for India’s and Uttar Pradesh’s stride in infra creation. At 1 PM, the foundation stone of the Noida International Airport will be laid. This project will significantly boost commerce, connectivity and tourism,” PM Modi tweeted on Wednesday.

According to officials, the airport is expected to yield investments worth Rs 10,000 crore for adjoining areas in the initial years.

It will be about 72 km from the IGI airport, about 40 km from Noida and about the same distance from a planned multi-modal logistics hub at Dadri. Work on the first phase is expected to be completed by 2024.

Being built near Jewar in UP’s Gautam Buddh Nagar district, it is expected to serve people in Delhi, Noida, Ghaziabad, Agra, Faridabad, and nearby areas, as well help decongest air and vehicular traffic in and around IGI airport, the centre has said.