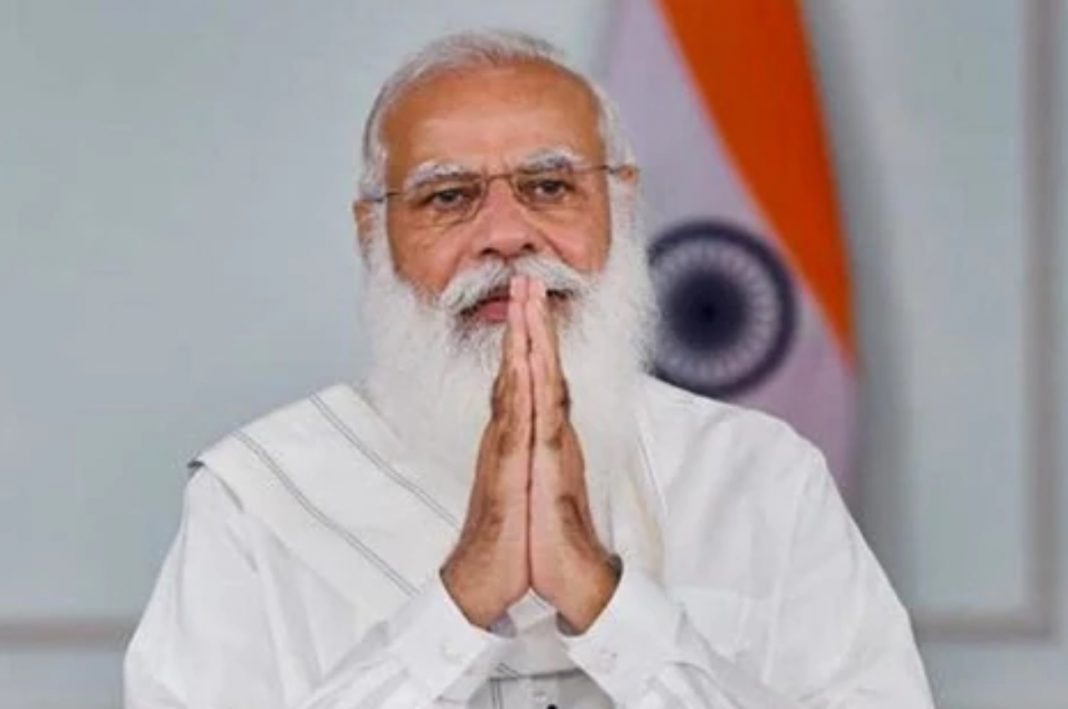 New Delhi: Prime Minister, Narendra Modi on Monday paid a tribute to the martyrs of the Kargil war, fought between Pakistan and India in 1999 which India won, on Kargil Vijay Diwas and said the bravery of those who sacrificed their lives motivates Indians every single day.

“Tomorrow is Kargil Vijay Diwas. Kargil war is a symbol of valour and discipline of our armed forces which the entire world has witnessed. I would like you to read the thrilling story of Kargil on Kargil Vijay Diwas. Let us all salute the brave hearts of Kargil,” said the Prime Minister on his 79th edition of the monthly radio programme ‘Mann ki Baat.

PM Modi asked the people of the country to salute the brave hearts of Kargil in his ‘Mann Ki Baat’ a day ahead of the Kargil Vijay Diwas on Sunday.

Marking the day in Indian history, the Prime Minister mentioned Kargil war as a symbol of valour and discipline of our security forces which the entire world has witnessed. He said that India will celebrate this day as ‘Amrut Mahotsav’.

The 22nd anniversary on Monday with tributes from President Kovind who is visiting Drass in Ladakh and paying homage at the Kargil War memorial to the fallen heroes of the 1999 conflict will be marked by India. India’s Chief of Defence Staff (CDS), General Bipin Rawat will also accompany the President.

We remember their sacrifices. We remember their valour. Today, on Kargil Vijay Diwas we pay homage to all those who lost their lives in Kargil protecting our nation. Their bravery motivates us every single day. Also sharing an excerpt from last year’s ’Mann Ki Baat.’,” tweeted PM Modi.

Congress leader, Rahul Gandhi, also shared his words on the ocassion, “My heartfelt tribute to every soldier who laid down his life to protect the dignity of our tricolour. We will always remember this supreme sacrifice,” he tweeted in hindi.

Vice President, Venkaiah Naidu, also saluted the bravehearts, “On Kargil Vijay Diwas, I join the nation in remembering our armed forces’ saga of valour & gallantry. I salute the heroes of the Kargil War & Operation Vijay & pay my respectful homage to the martyrs for their supreme sacrifice,” he tweeted.

The Indian armed forces defeated Pakistan on July 26, 1999 since when, the day is celebrated as Kargil Vijay Diwas to rekindle the pride and valour of the soldiers who took part in Operation Vijay.