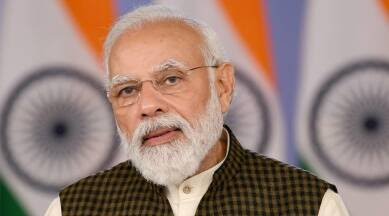 Prime Minister Narendra Modi’s Twitter handle was “very briefly compromised” and was secured later, after a link promising a bitcoin giveaway was shared on the account, Prime Minister’s Office (PMO) said on Sunday.

The account of PM Modi, who has more than 73.4 million followers, has now been restored and the malicious tweets have been deleted.

Twitter and Prime Minister’s office said the social network took the necessary steps to secure the account as soon as it became aware of the activity.

It wasn’t clear who had hacked the account. The sketchy blog it linked to was not accessible at the time of publication.

Many users were quick to point out the possibility of a hack though there was confusion about the news itself, given the PM’s affinity towards delivering shock news at dramatic hours. Decisions about the demonetisation of Rs 500 and Rs 1000 notes and the recent Covid 19 lockdowns were delivered in a similar dramatic fashion, albeit through television.