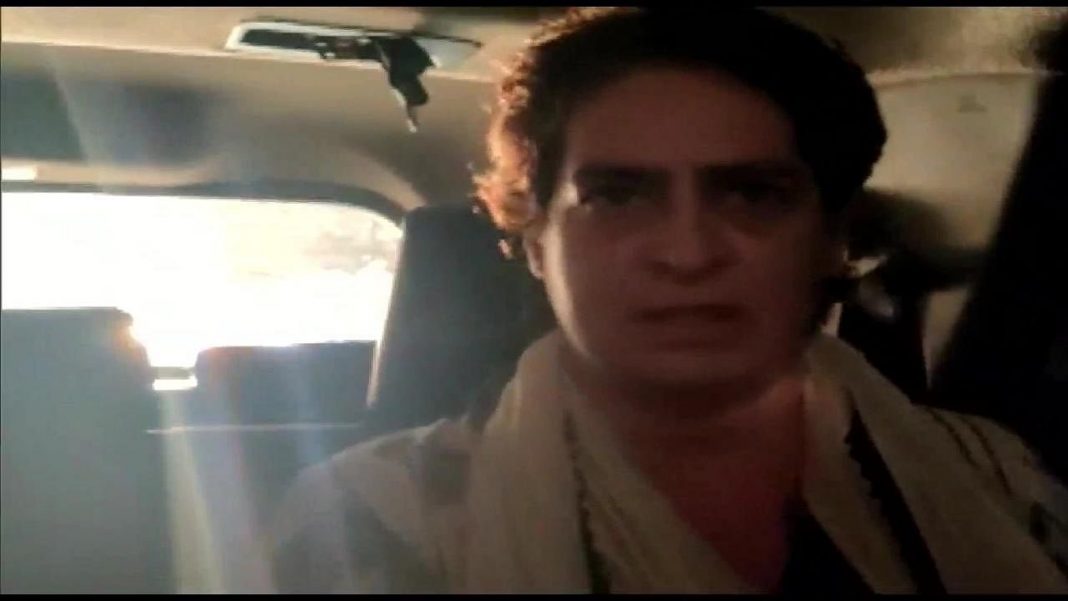 Congress leader Priyanka Gandhi Vadra, who was on her way to Uttar Pradesh’s Lakhimpur Kheri district to visit the families of the victims of Sunday’s violence, has been arrested in Hargaon on Monday, according to the party’s youth wing national president Srinivas BV.

“Finally what was expected from the BJP has happened. In the democratic country of ‘Mahatma Gandhi’, the worshipers of ‘Godse’ have arrested our leader @priyankagandhi Ji who fought heavy rains and the police force to meet the ‘Annadata’, from Hargaon. This is just the beginning of the fight!! Kisan Ekta Zindabad,” Srinivas tweet, roughly translated from Hindi, read.

Priyanka Gandhi reached the Lucknow airport yesterday evening following the incident and was stopped by the police several times on her way to Lakhimpur Kheri. Her convoy was stopped in Lucknow and the police surrounded the Kaul House where she stays during her Lucknow visits.

Eight people were killed in violence in the Lakhimpur Kheri district on Sunday, the Uttar Pradesh police have said. According to farmers who were protesting the visit by two ministers, the violence erupted after one of their vehicles mowed down two demonstrators.

Two SUVs were set on fire by angry farmers in the clash near Banbirpur in Lakhimpur Kheri, the bloodiest incident of violence since the protest over the farm laws enacted at the Centre began last year.

Four of the dead were people in the cars, apparently a part of a convoy of BJP workers who had come to welcome the UP minister. They were allegedly thrashed to death.

The four others were farmers, officials said. Several people were hospitalized, according to the two sides.