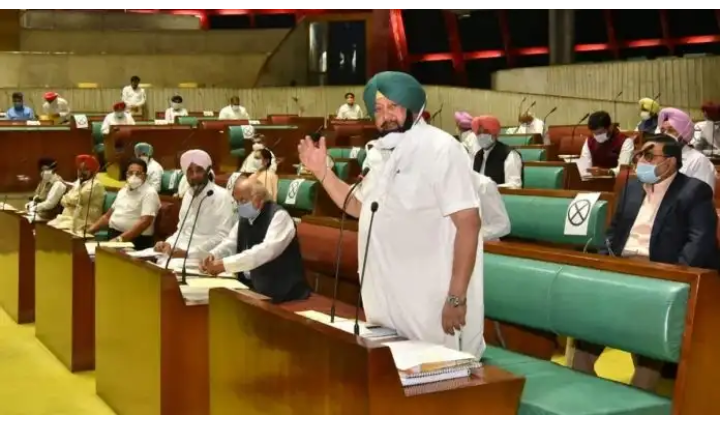 Punjab Chief Minister Captain Amarinder Singh Tuesday piloted the passage of three legislations in the assembly that seek to abolish the impact of the controversial farm laws passed by Parliament last month.

The three bills, rejecting outright the Centre’s ‘anti-farmer’ laws, and the proposed Electricity Amendment Bill that led to widespread protests by farmers in the agrarian states of Punjab and Haryana, were passed with a voice vote amid the presence of the Shriomani Akali Dal (SAD) and the Aam Aadmi Party (AAP) members.

The Farmers Produce Trade & Commerce Promotion & Facilitation (Punjab Amendment) Bill, 2020ensures that wheat or paddy cannot be purchased except for a price equal to or greater than the Minimum Support Price.

Anyone buying below the MSP shall be imprisoned for three years.

On the other hand, The Farmers Agreement on Price Assurance & Farm Services(Punjab Amendment) Bill, 2020provides that no sale or purchase of wheat and paddy under a farming agreement shall take place below the MSP.

Demanding their immediate annulment, the resolution called upon the Union government to pass an ordinance to protect the MSP and guarantee government procurement.

Thereafter, the SAD, Congress and AAP MLAs led by Punjab CM Amarinder Singh met Governor VPS Badnore, requesting him to give assent to the bills.