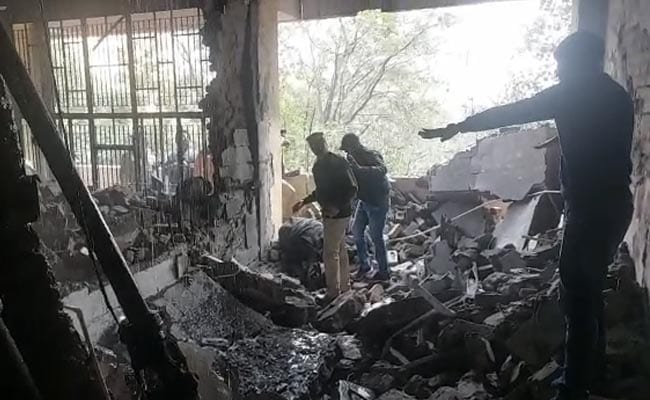 In Punjab’s Ludhiana on Thursday, one person died in an explosion inside the court premises. Four people are also reported to have been seriously injured in the blast.

The cause of the explosion is being ascertained. According to the information received, the blast took place in the washroom of the Ludhiana court. Due to this incident, there is an atmosphere of panic in the court premises. Police party has reached the spot.

Other leaders including Punjab Chief Minister Charanjit Singh Channi have reacted to the incident.

The blast took place at around 12.22 pm in the bathroom located on the second floor of the court complex. The blast was so strong that it damaged the walls of the bathroom and shattered the windows of the adjoining rooms.

Punjab Chief Minister Charanjit Singh Channi on blast in Ludhiana district court complex said, “I am going to Ludhiana. As assembly elections are approaching, some anti-national elements are doing such acts. Government is alert. Those found will guilty not be spared.”

Expressing grief over the blast, former Punjab Chief Minister Captain Amarinder Singh said that the Punjab Police should get to the bottom of the matter.

Police have cordoned off the area and fire brigade vehicles have reached the spot. Police is investigating on the spot.

A team of National Investigation Agency (NIA) has been sent to the blast site.