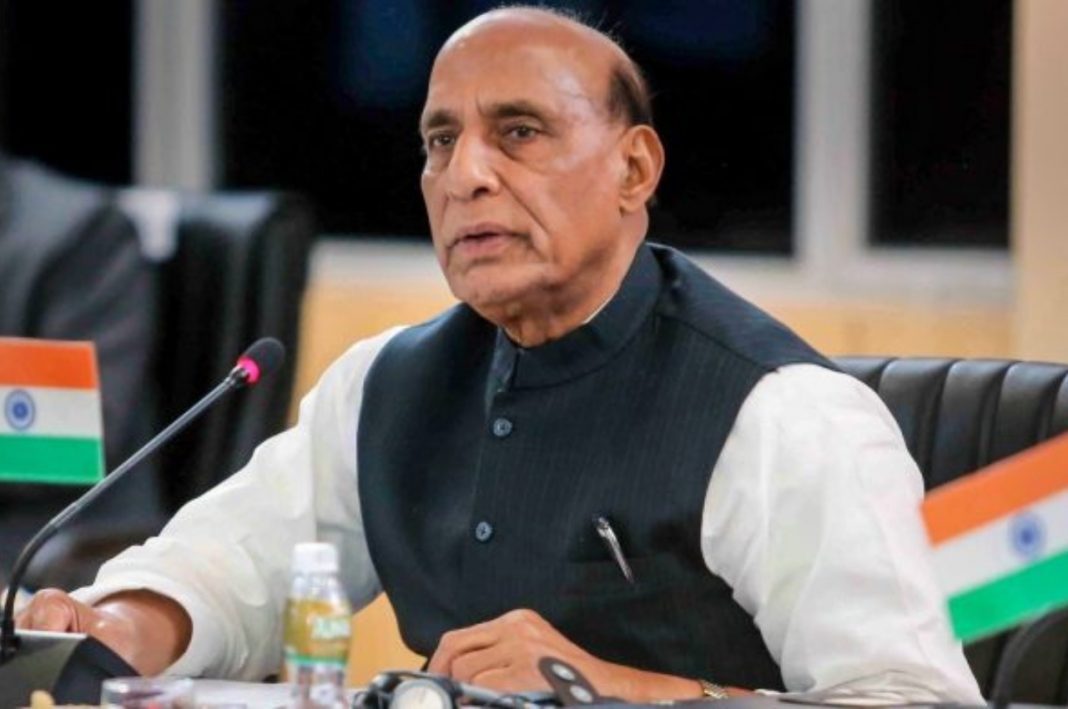 Defence Minister Rajnath Singh said on Saturday that the developments in Afghanistan raised questions about the role of power politics and how terrorism is being used as tool to change State structures and behaviour. The Union Defence Minister stated that there has been growing realisation of India’s concerns over Pakistan lending support to radical and terror groups.

“Today, there is widespread realisation amongst all responsible nations, towards a common understanding and the need to come together against this common menace,” he said with respect to terrorism.

“The recent events in Afghanistan have reinforced the reality of our times. The only certainty about evolving geopolitics is its uncertainty. Changes in state boundaries may not be as frequent today,” he said, as quoted by PTI.

“However, the fast-transforming structure of states and the influence that external powers can have on it is clearly evident. These events raise questions regarding the very role of power politics and the use of terrorism as a tool to change state structures and behaviour,” he added.

The defence minister emphasised that there is a lesson to be learnt from the crisis seen in Afghanistan.

“When these events are viewed, it is tempting to believe that terrorism, fear, medieval thoughts and actions, discrimination drawn on the basis of gender, practices that are seeped in inequality and dogmatic thought, can sweep aside the wishes of the people and inclusive structures,” he said.

He then asserted that injustice cannot and will not defeat the collective power of the goodness that is inherent to human existence.

While it (India) is totally committed to peace and goodwill amongst all nations, it has shown its steely resolve that threats to its internal and external security will no longer be tolerated,” the defence minister emphasised.

“From a security perspective, the nation and our military are acutely aware that the future military strategies and responses will need proactive synergy amongst all elements of our armed forces to safeguard our national security interests,” he added.

“It tells us about the circumstances that led to the recent developments in Afghanistan,” he said.

“Knowledge and wisdom have been held as the highest attributes in our society. And those who have possessed these, have guided our destiny as a civilisation and as a country,” he stated.

“The quest for the qualities displayed by Vidur and Shri Krishna remains inherent to our learning. Similarly, we have been guided by the role played by Kautilya in the court of Chandragupta Maurya,” he added.