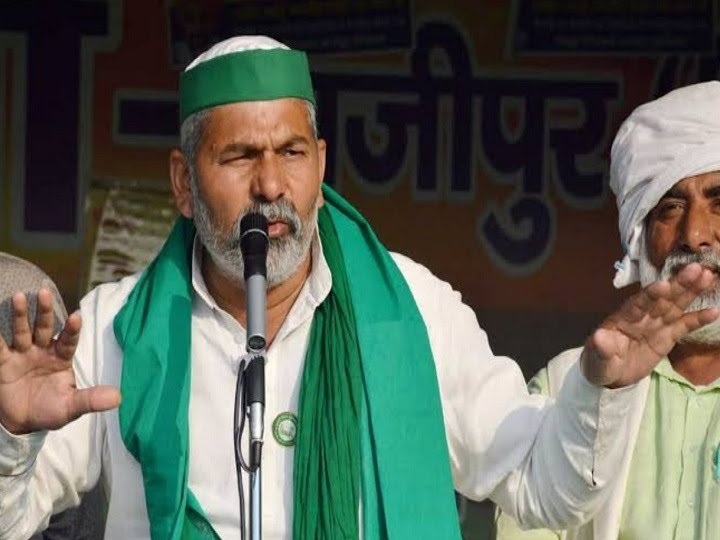 Bharatiya Kisan Union (BKU) leader Rakesh Tikait, at the forefront of the farmer’s agitation against three agricultural laws, on Monday, while giving an ultimatum to the Union government said that protest will be escalated if the centre doesn’t scrap the three farm laws till November 26, 2021.

Tikait claims that if the government fails to meet the deadline then from November 27 onwards farmers will march towards Delhi’s border via tractors and strengthen the tents that had been removed by the Delhi Police.

Tikait posted his warning on his Twitter account as the farmer agitation against the laws near one year. He posted, ‘The central government has time till November 26, after that from November 27, farmers will reach the border at the protest sites around Delhi by tractors from villages and strengthen the protest site with solid fortifications.”

It is the second time in as many days that Tikait has warned the government by giving them an ultimatum. Earlier on Sunday, he said that the government will have to face the consequences if the government forcibly removes protesters from the Delhi borders.

Several farmers have been protesting at the three Delhi borders since November 2020 demanding that the Farmers’ Produce Trade and Commerce (Promotion and Facilitation) Act, 2020, Farmers’ (Empowerment and Protection) Agreement on Price Assurance and Farm Services Act, 2020 and the Essential Commodities (Amendment) Act, 2020 be rolled back and a new law be made to guarantee MSP for crops.

Total 11 rounds of talks between the Centre and farmers have failed to break the impasse; while farmers want laws to be revoked, the government is adamant there won’t be a withdrawal. Discussions between the two sides last took place on January 22.