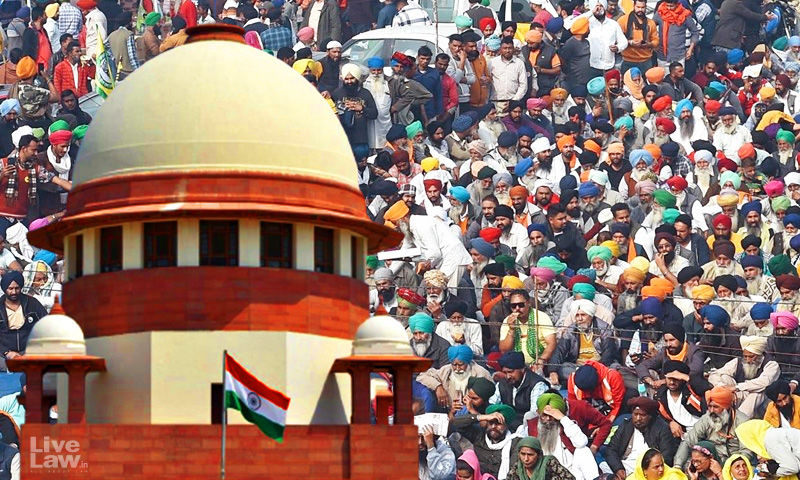 During the hearing on the petitions filed in the Supreme Court against the peasant movement, the apex court said that it accepts the right of the farmers to perform and it cannot cut the right of farmers to ‘right to protest’. Chief Justice SA Bobde, who was hearing the hearing, said that ‘we have to see that the farmer should demonstrate himself and the rights of the people are not violated’. The court said that ‘We are sympathetic to the plight of the farmers and its causes, but you have to change the way this is changed and you have to find a solution to it’.

The court asked the Center, ‘Is it willing to hold agricultural laws during negotiations with farmers?’ The Attorney General said that he would take instructions from the government on this.

Chief Justice SA Bobde said that ‘we have to see that the farmer should demonstrate himself and the rights of the people are not violated’.

He said that any protest is constitutional as long as it does not destroy any property and endangers someone’s life. The court said that the Center and the farmers will have to talk among themselves.

The Chief Justice said that people of the city can remain hungry due to the blockage of Delhi. The intention of the farmers can be fulfilled by negotiation. Just sitting while performing will not benefit. He further said that we are also Indians, we are aware of the condition of the farmers and also sympathize with their issues. But the farmers should change the way of their protest. We will ensure that they can advocate their case and hence we are thinking about setting up a committee. The CJI said that all the farmer organizations that are protesting should reach notice. It also suggested that the case be put before the Vacation Bench of the court during the winter break.