Red alert for heavy rains in 20 areas of Tamil Nadu 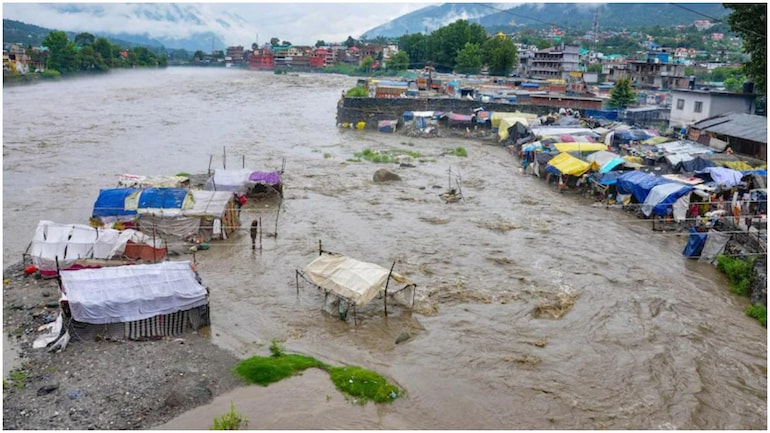 Many areas of Tamil Nadu are submerged in floods due to heavy rains since the last few days. There is still no news of relief for the people of the state as the Meteorological Department has issued a red alert for heavy rains in 20 areas of Tamil Nadu including Chennai today and tomorrow. This is happening because of the increasing low-pressure pressure on the Bay of Bengal. It is expected that it may move west-northwestwards towards the north coast of Tamil Nadu by tomorrow morning, due to which heavy rain may occur in some parts of the south of the state and Puducherry and Karaikal.

To deal with this disaster, the Tamil Nadu government has erected 434 siren towers, so that the authorities can be alerted for floods and other emergencies. Apart from this, work is being done on the telecom network to ensure that mobile connectivity is not disrupted. 50 cellular phone towers (on wheels) are ready for use.

Greater Chennai commissioner Gagandeep Singh Bedi told media that along with 46 boats and several JCB machines, 500 big motor pumps have also been installed in Chennai to carry out rescue operations and to divert flood waters at the earliest. While 169 relief centers are functioning, last week’s floods caused by heavy rains inundated 400 areas, out of which water has been drained out of 216, while 14 out of 16 subways have also been cleared . Free food will be distributed at Amma Canton and Chennai Corporation will also deliver food packets to the people trapped in low-lying areas.

On Tuesday, Chief Minister MK Stalin also visited some areas of Chennai and distributed food packets. So far five people have died due to this flood, while 530 houses and huts have been submerged in water. More than 1700 people are living in relief camps.