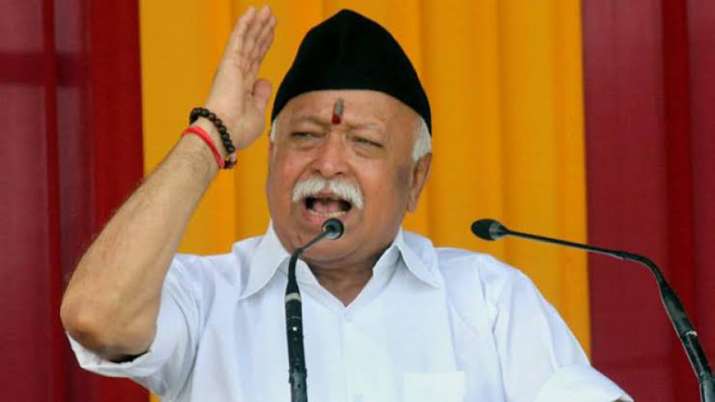 Regarding the meeting of the Sangh chief with Ilyasi, RSS’s Abha Prachar Pramukh Sunil Ambekar said that RSS Sarsanghchalak Mohan Bhagwat meets people from all walks of life. It is part of an ongoing normal dialogue process.

There was an in-camera meeting between Imam Ilyasi and Bhagwat, which lasted for over an hour. Bhagwat was accompanied by senior RSS functionaries Krishna Gopal, Ramlal and Indresh Kumar. Ambekar said that the process of dialogue with Muslim leaders will continue.

Maulana Arshad Madani, the leader of Jamiat-Ulema-e-Hind, an organization of Muslims, also met Mohan Bhagwat on 30 August 2019 after reaching the Sangh headquarters in Jhandewalan, Delhi. This meeting, which took place on the initiative of Muslim Rashtriya Manch leader Indresh Kumar, was also discussed a lot. This meeting of the two top leaders was considered very important from the point of view of maintaining peace in both the communities after the verdict came before the Supreme Court’s decision on the Ram temple in Ayodhya (9 November 2019).

There is a discussion that Sangh chief Mohan Bhagwat may also meet some Muslim leaders of Kashmir in the coming days. It is considered important from the point of view of maintaining peace in the Valley after the resumption of electoral politics in Kashmir. These leaders can play an important role in preventing Kashmiri separatist leaders from becoming active again in the Valley and connecting Kashmiri youth with the new India.

It is believed that the leaders of RSS and BJP are constantly trying to woo Muslims. When Bhagwat talks of India not being complete without Muslims, Prime Minister Narendra Modi announces in the BJP’s Hyderabad National Executive that the party’s mission should be to reach closer to Muslims. Sending Kashmir’s leader Ghulam Ali Khatana to the Rajya Sabha is also an example of the same thinking of the Sangh Parivar to get closer to the Muslims. What is the reason for this change coming towards Muslims in the Sangh and BJP? Is this an attempt to improve India’s image among the international Muslim fraternity or is the Sangh planning some major change through this.