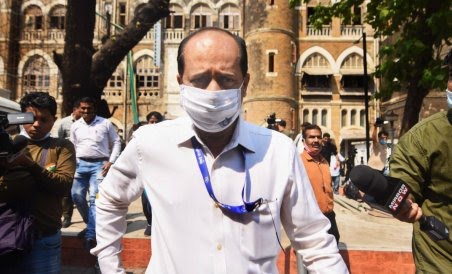 Dismissed Mumbai police officer Sachin Vaze has been sent to 14-day judicial custody in the Goregaon extortion case. He will be lodged in Mumbai’s Taloja jail. This development comes after Vaze’s police custody ended in an extortion case.

Special public prosecutor Shekhar Jagtap said the 37th court sent Vaze to judicial custody till November 29, after which he has been taken to Taloja jail in Navi Mumbai, where he was previously lodged following his arrest by the National Investigation Agency (NIA) in the Antilia explosives scare and Mansukh Hiran murder cases.

In August, Goregaon police had registered a first information report (FIR) against Vaze, Singh and others on the basis of a complaint lodged by Bimal Agarwal, who alleged that the accused had extorted ₹11.92 lakh from him.

The court has issued a non-bailable warrant against Singh and two other accused in this case.