Sameer Wankhede hits back at Malik after sister-in-law charge 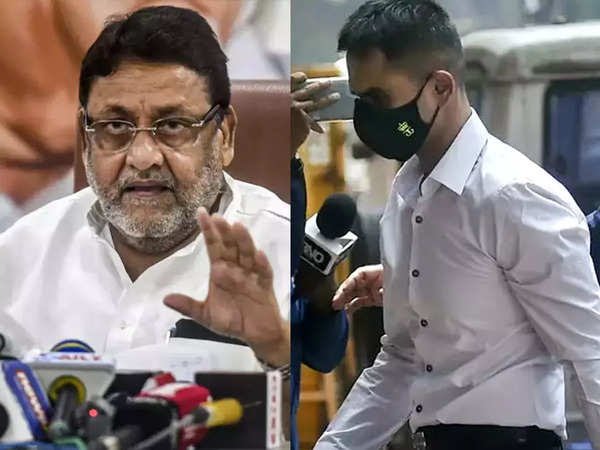 In a fresh attack on NCB’s Mumbai zonal director Sameer Wankhede, Maharashtra minister Nawab Malik on Monday asked if the officer’s sister-in-law was involved in “drug business” and claimed a case against her was pending in a Pune court.

Malik has levelled a series of allegations against Wankhede. On Sunday, he alleged Wankhede was part of a plot to “kidnap” actor Shah Rukh Khan’s son, Aryan, for ransom. Aryan was among those arrested following NCB’s raid on a cruise ship last month.

In a tweet, Malik on Monday shared “proof” where Redkar is listed under “Respondent and Advocate” in a 2008 case registered under the Prevention of Illicit Traffic in Narcotic Drugs and Psychotropic Substances Act. “Sameer Dawood Wankhede, is your sister-in-law Harshada Dinanath Redkar involved in the drug business? You must answer because her case is pending before the Pune court. Here is the proof,” Malik tweeted.

However, an official from the Narcotics Control Bureau (NCB) said Wankhede was not even in service when the alleged case took place.

“Good work, dear friend, by circulating the name of a woman. In fact, when we issue a press release, we don’t share the names of women to protect their dignity,” Sameer Wankhede said.

“Is it appropriate to name a woman openly like this who has two kids and a family? Contemplating legal action against Nawab Malik,” Wankhede further said.

Following Malik’s allegation, social media posts claimed that the woman — said to be from Goregaon suburb in Mumbai — was previously arrested in a case and jailed in Pune, again in 2008 in another case along with two other accused, and has now allegedly changed her identity.