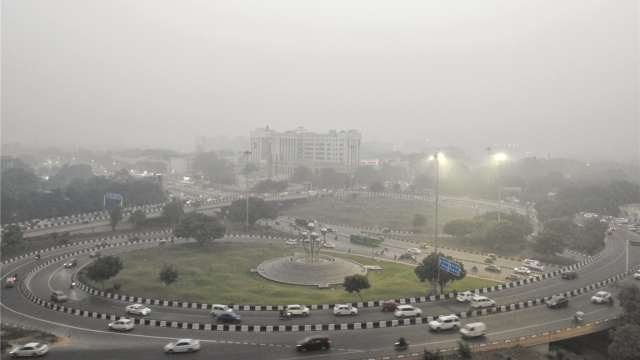 The Supreme Court on Saturday suggested that the Centre and the Delhi government may consider imposing a lockdown of two days in the national capital in view of the high pollution levels. The court’s observations while hearing a case in this matter.

The bench said that the air quality in Delhi is in the “severe” category and will dip further in another 2-3 days. In asked the Centre to take an emergency decision. “We will look at a long term solution later,” it added.

“You have to look at this issue beyond politics and government. Something must happen so that in two to three days we feel better,” the bench told the Centre.

The plea was filed in the Supreme Court by 17-year-old Delhi student Aditya Dubey concerning rising levels of air pollution in the city. A special bench of CJI NV Ramana, Justice DY Chandrachud, and Justice Suryakant heard the petition on Saturday.

Talking about the worsening air quality in Delhi, CJI Ramana said, “We have seen how bad the situation is. We are wearing masks even inside our homes.”

Solicitor General Tushar Mehta argued, “Everyone is fighting their own battle- state, Center, agencies. We have filed short summary of steps taken by everyone.”

The Supreme Court also asked the Delhi government about what happened to its decision to install smog towers and emission control projects.

Supreme Court told the Delhi government that it has opened all schools in the national capital and now children lungs are exposed to the pollutants. “This is not the Centre’s but your jurisdiction. What is happening on that front?” the apex court asked the Delhi government.

The Supreme Court also questioned the Centre over blaming farmers alone for the rising pollution levels, saying, “Why are you projecting like (the) pollution is because of farmers? It is only certain percentage of pollution. What about the rest? What are you doing to control the pollution in Delhi?”

The Supreme Court posted the hearing of the air pollution case on 15 November and asked the Centre to inform it about the steps taken to control it.