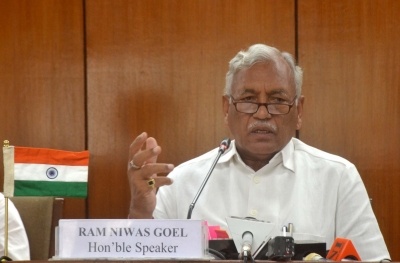 Delhi Assembly speaker Ram Niwas Goel said that a “mysterious” tunnel, that leads to the Red Fort, was discovered in the Delhi Assembly recently and preparations are now being made to open it to the general public.

As of now the history and background of the tunnel is still unknown and it is believed that during the British time the tunel was used for movement of political prisoners.

With renovation works underway, it is expected that the tunnel will be opened for the general public by January 26 or August 15, 2022.

Addressing media, Goel said: “When I came here as an MLA in 1993, I got to know about a tunnel. Since then I asked to collect information on it but much details could not be gathered at that time.”

“We are constantly trying to find out the old history so that it can be passed on to the common people,” he added.

“As the hanging house was lying closed for a long time, the renovation works there are underway,” the Speaker said.

“Meanwhile, some lights have been installed inside the tunnel and it is also a bit difficult to find out how far the tunnel can go,” Goel said, adding that due to the sewer and the Metro related works, it is apprehended that the tunnel would have collapsed.

“For now, the mouth of the tunnel has been opened and soon tourists will get an opportunity to become aware of some unheard aspects of history,” he added.