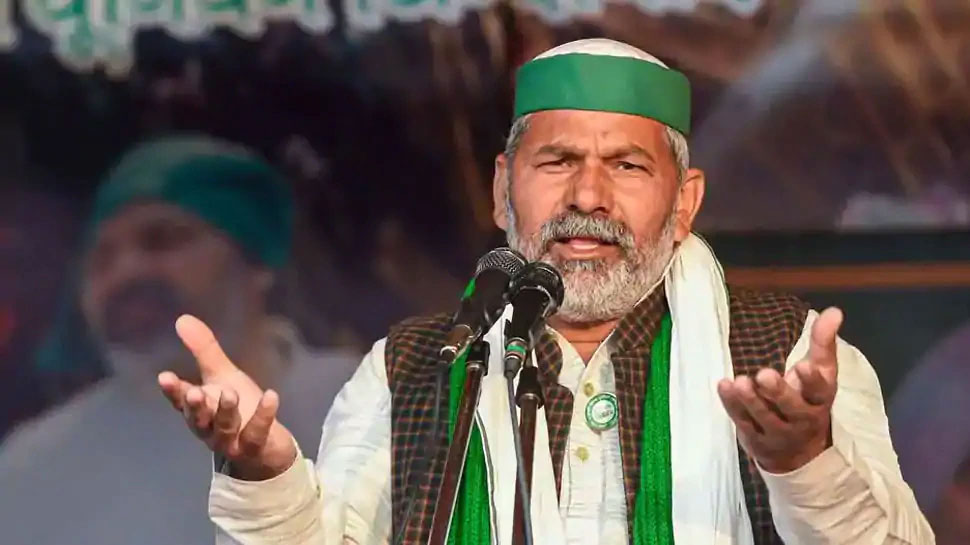 Naresh Tikait, the leader of the Indian Farmers Union in Muzaffarnagar, has announced to end the picket on Ghazipur (border) today after the rise of farmers on Republic Day. According to the information received, section 144 has also been imposed on the Ghazipur border. Meanwhile, the Yogi government of Uttar Pradesh has also ordered the DM and SP to end the sit-in of the farmers. In view of this, a notice has been issued to the farmers who are staging the Ghazipur border. Ghaziabad ADM City Shailendra Kumar Singh has confirmed this.

The Ghaziabad district administration has given an ultimatum to the farmers to vacate the picket site from the UP gate. After receiving the notice to vacate the highway, Bhakyu’s spokesperson Rakesh Tikait has refused to move from the picket site. Rakesh Tikait said crying that some people are conspiring with the administration. Under no circumstances will this movement end.

On Thursday evening, District Magistrate Ajay Shankar Pandey had issued a notice to Rakesh Tikait and other farmer leaders asking them to vacate the highway. After this Rakesh Tikait was ready to arrest. However, ADM City Shailendra Singh had reached the stage to talk to him that Rakesh Tikait came to know that BJP MLA Nandkishore Gurjar was shouting slogans along with his supporters at some distance from the venue of the agitation.
Tikait then refused to be arrested and sat on hunger strike.

Significantly, the Delhi Police’s action is continuing regarding the violence during the tractor parade. On Thursday, several farmer leaders were served notices by the police. At the same time, Uttar Pradesh Chief Minister Yogi Adityanath has also come into action. He has issued a directive to end the sit-in of the farmers. Rakesh Tikait, leader of the Indian Farmers Union, has said that if anything happens to him, the administration will be responsible for it. Rakesh Tikait said that the farmer of the country is being tortured. The movement will continue till the return of laws. They will not vacate the dharna. BJP MLAs have come with the police, farmers are being tortured. BJP is destroying farmers. Will not let farmers waste. He said that BJP is plotting, BJP tried to discredit the entire peasant movement.