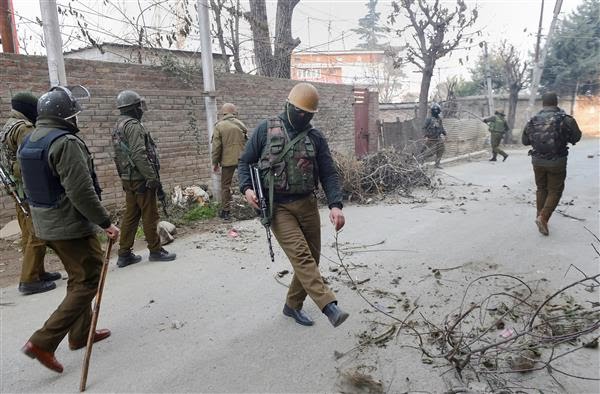 Several policemen have been reported to be injured as terrorists opened fire on bus carrying police personnel in the Zewan area on outskirts of Srinagar city on Monday. Zewan is the place which headquarters the Jammu and Kashmir police.

Initial reports have claimed that at least 14 police personnel are injured of which 3 are reportedly critical.

The area has been cordoned off and a search operation launched to track down the assailants, the officials said, adding that further details are awaited.

All the injured personnel have been admitted to a hospital and undergoing treatment. Security forces have reached the spot. The forces have started a search operation to flush out the terrorists.

The Ministry of Home Affairs (MHA) last week informed the Rajya Sabha that 366 terrorists were killed, and 96 civilians and 81 security personnel lost their lives in Kashmir after the repeal of Article 370.

Earlier in the day, two unidentified terrorists were killed in an encounter with security forces in Srinagar’s Rangreth area, the Jammu and Kashmir police said.