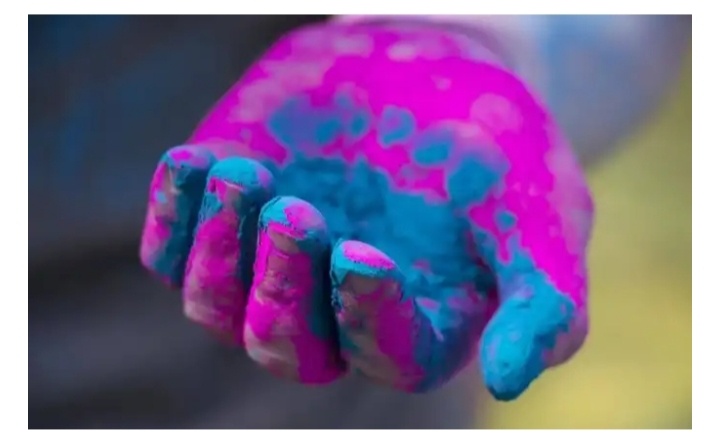 Amid an acute spike in the Covid-19 cases in the country, Holi 2021 will be a muted affair as the Centre has already asked states and UTs to take adequate measures to arrest the surge of daily cases ahead of the festive season.

From March-end, a host of festivities are lined up, including Holi and Shab e Barat in March, Chaitra Navratri, Ram Navami in April.

Several state governments/authorities have announced a ban on public celebrations on the occasion of Holi, Navratri as a preventive measure. Others have urged people to exercise caution.

The Gujarat government on Wednesday issued a notification banning public celebration of Holi and said the ritual of “Holika Dahan” can be observed in small gatherings amid the COVID-19 situation in the state.

As per the notification issued by the home department, public celebrations and mass functions cannot be allowed on the day of Dhuleti on March 29 due to the prevailing pandemic. On the eve of Holi, the traditional “Holika Dahan” is organised, in which pyre is lit, symbolising the victory of good over evil.

Haryana government on Wednesday announced that public celebrations on the occasion of Holi will not be allowed in the state to curb the spread of the coronavirus.

“In the light of the COVID19 situation, public celebration of Holi will not be allowed in the state”, Haryana Home Minister Anil Vij said today.

The decision to ban Holi celebrations came on the day when Haryana reported three more coronavirus-related fatalities on Tuesday, taking the death toll to 3,104, while 895 fresh cases pushed the infection tally to 2,81,588. A fatality each was reported from Karnal, Yamunanagar and Kurukshetra districts.

On Friday, the state government banned celebrations of Dolayatra and Holi in public places on March 28 and 29 to prevent the possible spread of the deadly virus. As per the reports, the order issued by chief secretary Suresh Chandra Mohapatra stated that, “People may celebrate Holi with family members in their houses only and not in public places including roads. Collectors and municipal commissioners may impose further restrictions as desirable in consideration of local situations.”

On Monday, the Chandigarh administration announced to shut down all schools and colleges till March 31. The officials also said that all public Holi-milan gatherings will be banned. The decisions were taken by the Governor of Punjab and Chandigarh Administrator VP Singh Badnore. According to the reports, all public Holi-milan gatherings will be banned. The clubs, hotels, restaurants etc will not allow any ceremonial gatherings for Holi. The residents must celebrate Holi at home while following appropriate COVID-19 protocols. Meanwhile, as per the latest protocol, all restaurants will shut down by 11:00 PM.

The Uttar Pradesh government, has issued a set of guidelines asking senior citizens and vulnerable groups to stay away from celebrations and said no processions or gatherings will be allowed without prior administrative permission.

In a precautionary measure, to avoid the spread of Covid-19 during the Holi festival, the Bihar government has decided to ban ‘Holi-Milan’ gatherings. The government said on Tuesday, last week that no one will be allowed to either organise a Holi Milan or attend it in a crowd in the wake of the pandemic threat. According to an estimate, around 10 lakh people return to Bihar during the festival and the Chhath festival from Delhi, Kolkata, Punjab, Kerala, Maharashtra, Haryana, Gujarat and other states.