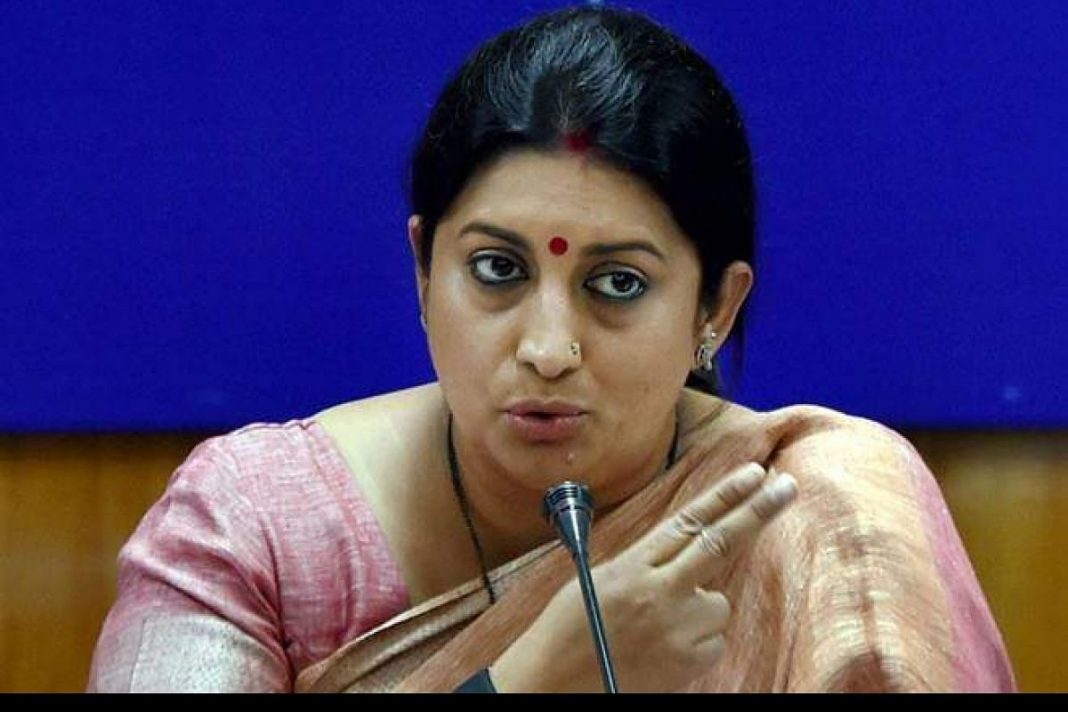 Child Development Minister in her fresh attack to Congress said that Amethi in Uttar Pradesh, which is Rahul Gandhi’s constituency, was not served but ruled by the Gandhi family, adding that no development project took place in the city for five years.

She Irani, who was scheduled to virtually inaugurate the ‘sevasamarpan’ initiative of RSS affiliated NGO Deseeya Seva Bharati has claimed that she was unable to join organisation’s conference earlier in the morning as she was deep in the interiors of Amethi and was struggling find internet connectivity.

“I am deep in the interiors of Amethi. Network connectivity is a challenge in some of the villages here. Many presume this was a constituency ruled and not served by the Gandhi family for five decades and hence, would not be in want of any infrastructure.

“However, the struggle today itself to connect with you (Seva Bharati) is significant enough for you to recognise that even under their (Gandhis) leadership, in their own constituency, development has not reached every single family,” she said after she managed to join the online conference much later.

The former actor further said that she is going from village to village to ensure development reaches all parts of the constituency.