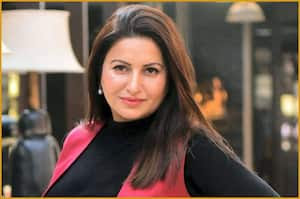 Sonali Phogat death case: Goa Police on Thursday pressed a charge of murder against two associates of Bharatiya Janata Party (BJP) leader Sonali Phogat after a post-mortem report mentioned that there were “multiple blunt force injuries” on her body.

Section 302 (murder) of the Indian Penal Code was added to the case related to the death of the 42-year-old leader.

Sagwan and Singh, who had accompanied Phogat when she arrived in Goa on August 22, were named as accused in the case, a senior police official told news agency PTI.

Phogat’s brother Rinku Dhaka had filed a complaint against the two men at Anjuna Police Station on Wednesday. On Thursday, an autopsy was conducted on Phogat’s body at the Goa Medical College and Hospital.

It is also being said that she was killed because of her property and that a political conspiracy was hatched against her.

Sonali Phogat, 43, was declared dead at the St Anthony Hospital at Anjuna in North Goa on Tuesday morning. Her family questioned initial reports that she had died of a cardiac arrest.

The family wanted the post-mortem in Delhi’s AIIMS but agreed to one in Goa after the police filed a murder case.