Superstitious Killing Andhra, Parents killed their daughters in the belief of reincarnation 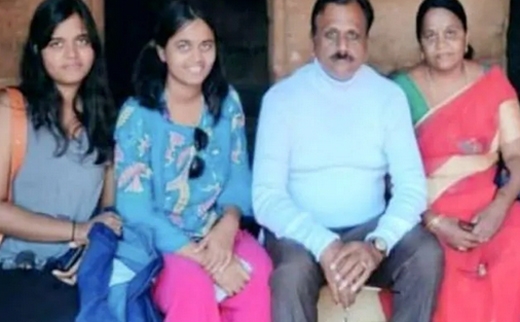 In a shocking incident, a couple from Andhra Pradesh’s Mandanapalle killed their two daughters aged 22 years and 27 years with a blunt weapon in the name of reincarnation.

The couple namely Padmaja and Purushottam Naidu are teachers by profession of a private school and principal women’s degree colleges in the town.

The district Mandanapalle DSP Ravi Manohara Chari has said that “family members had been behaving strangely since the outbreak of Covid-19 by confining themselves to their house most of the time. On hearing strange and loud noises from the house, locals alerted the police. Initially, the couple prevented the police from entering the house. When the police entered the house, they found one of the girls lying dead in the puja room, while the other in another room covered with red color cloth and some puja material around her body.”

“During our preliminary investigation, the couple seem to be highly superstitious as they asked us to keep the bodies in the house for a day stating that their daughters would come back to life,’’ the DSP said.

The couple told the cops that they did all these after advice from a religious and they received a divine message to sacrifice their daughter as the Kali Yug was going to end yesterday and Satya Yug.