Support Us
More
More
HomeNATIONSurrender of 'Nihang' who took responsibility for the murder by cutting off...
NATION
October 16, 2021 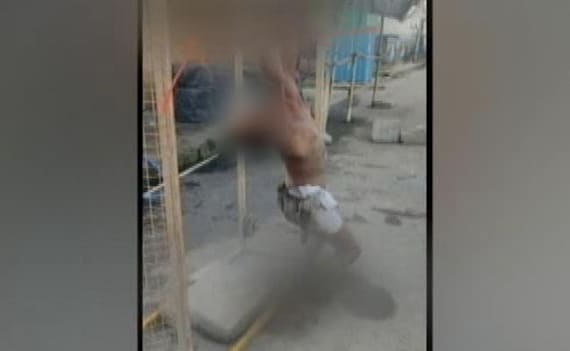 A member of the team of Nihangs, accused of brutally killing a man at the protest site of farmers on the Haryana-Delhi border, Singhu Board, has surrendered. Later the police arrested him. Significantly, on Friday morning, the body of a man was found at the protest site, whose wrist and leg were mercilessly amputated. Regarding this incident, Haryana Chief Minister Manohar Lal Khattar had said that action will be taken in the matter. He said this after a meeting with state Home Minister Anil Vij at his residence in Chandigarh. According to sources, the names of two suspects have come to the fore in the case – one Baba Amandeep Singh and Baba Narayan Singh. One had cut off Lakhbir Singh’s hand while the other had his leg.

Earlier, the person killed was identified as Lakhbir Singh of Punjab’s Tarn Taran district. Lakhbir was a laborer and is survived by a sister, wife and three daughters, the eldest of whom is 12 years old and the youngest is eight. Unconfirmed reports said that Lakhbir Singh was beaten to death and his left arm and right leg amputated for allegedly desecrating the Guru Granth Sahib, the holy scripture of the Sikhs. The killers tied the body to the police barricades and left it there so that it could be searched. After this matter came to light, the United Kisan Morcha, the umbrella body of the farmers’ unions leading the protest, condemned the incident and also abstained from the murder.

The United Kisan Morcha said that they have no relation with both the parties – the Nihang group (and) the deceased. The group said it abhors religious sacrilege but no one can take the law into their own hands. The culprits should be punished. The farmers’ body offered the police all possible aides in the investigation.

Swaraj India chief Yogendra Yadav, one of the SKM leaders, said Lakhbir Singh was living with some people in Singhu. Last night there was a dispute over the allegation of indecency. Reiterating the SKM’s offer to cooperate with the police, he said, “It should have been taken to the police. No one can take the law into their own hands.” Meanwhile, National Commission for Scheduled Castes (NCSC) Chairman Vijay Sampla called for a report within 24 hours from the Director General of Police of Haryana on the incident of Singhu Border. Along with this, the Chief Minister of Haryana has been directed that strict action should be taken in this matter immediately.