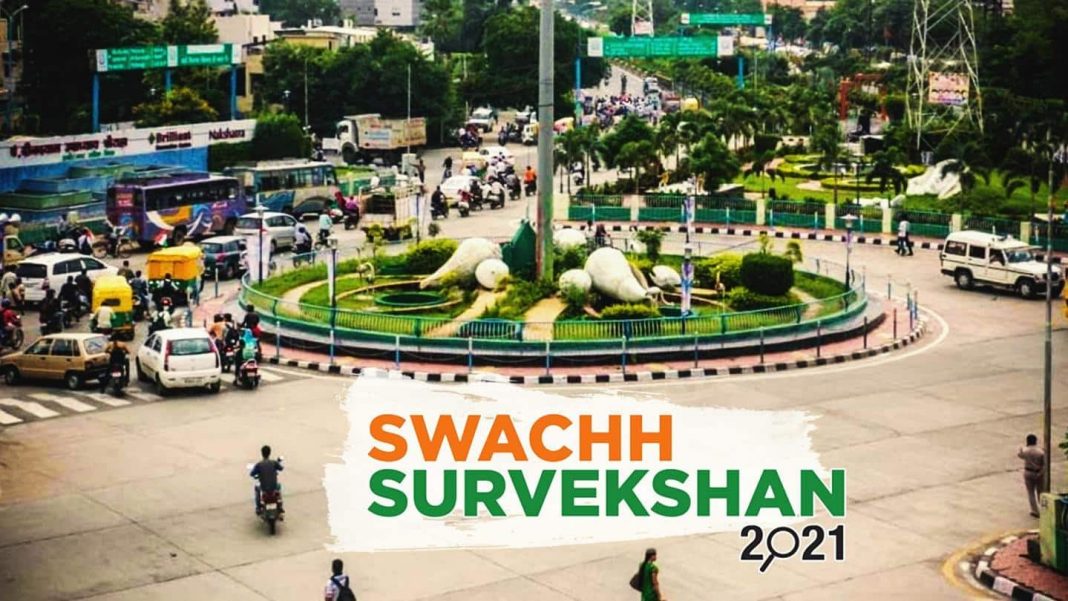 Madhya Pradesh’s Indore city has been declared as India’s cleanest city for 5th time in a row under the Centre’s Swachh Survekshan 2021 award on Saturday. While Surat (Gujarat) and Vijaywada (Andhra Pradesh) grabbed the second and third positions respectively, as the Centre announced the results of its latest annual cleanliness award.

Chhattisgarh retained the first position in the state category. Maharashtra and Madhya Pradesh, having more than 100 urban local bodies, have been adjudged the second and third cleanest state in the country.

In the category of states with less than 100 urban local bodies, Jharkhand has been ranked first, followed by Haryana and Goa.

Varanasi, represented by Prime Minister Narendra Modi in Lok Sabha, has been adjudged the “cleanest Ganga town” while Bihar’s Munger and Patna have been ranked second and third in the category.

Swachh Survekshan is an annual survey of hygiene and sanitation in states, cities, and towns across India. It was launched as part of the Swachh Bharat Mission.

President Ram Nath Kovind gave away the awards in presence of Union Housing and Urban Affairs Minister Hardeep Singh Puri and others at an event here.

The ministry said in the latest nationwide cleanliness survey, 4,320 cities were covered in 28 days, adding that over 4.2 core people had given their feedback.