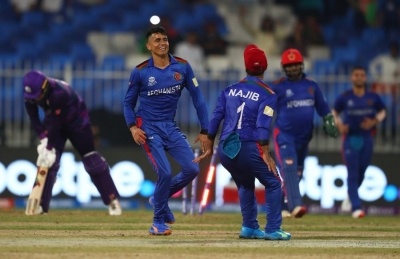 Afghanistan have played brilliantly till now in the ongoing T20 World Cup as they sit at the third spot in Grouo 2 poits table leaving India behind. But there are speculations on the squad will be able to take part in the tournament next or not as the International Cricket Council (ICC) is yet to decide whether to suspend the Afghan team’s membership or let them play, TRT World reported.

The ICC – the global governing body for cricket – does not recognise the Taliban as a legitimate ruling force in Afghanistan.

“For the ICC, it was not an easy choice to disqualify the Afghan team at the last minute. They had to set their politics aside. They knew they would lose tens of thousands of TV viewers and hundreds of live spectators who love to watch world-famous Afghan cricketers like Rashid Khan, Mohammad Nabi and Mujeeb Zadran play,” the board official added.

Afghanstan will take on New Zealand on Sunday in their last game of the tournament.