Telangana’s new Secretariat complex to be named after Ambedkar 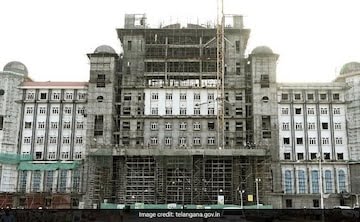 On Thursday, Telangana Chief Minister K Chandrasekhar Rao made the decision to honour BR Ambedkar by naming the recently built Telangana State Secretariat in his honour. The AIMIM leader Owaisi made this demand.

The Government’s Chief Secretary has been given instructions by CM KCR to act in this regard. Additionally, CM KCR will write a letter to PM Modi requesting that he take into account the Telangana government’s request to rename the new Parliament in honour of Bharat Ratna Dr. BR Ambedkar.

“There is no denying that Dr. Babasaheb Ambedkar belongs to the same cadre as Nelson Mandela and Che Guevara among those who made significant contributions to the welfare of the underprivileged. If not for his drafting of a clause in the constitution, this state would not have existed” Said KCR.