More
HomeNATIONThief returned the corona medicine, said- 'Sorry did not know this was...
NATIONVIDEOSVIRAL
April 23, 2021 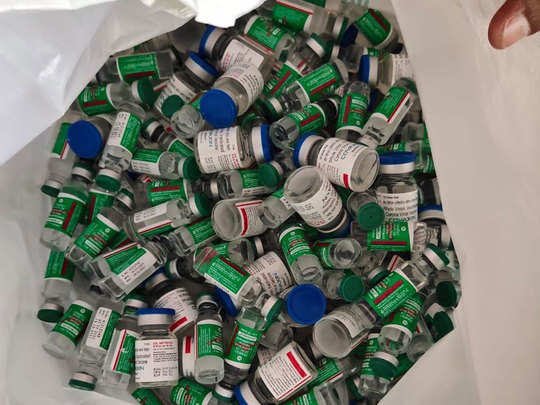 The thief, who stolen from the PP center of the civil hospital at Jind district headquarters in Haryana, was dumped in a kiosk outside the police station on Thursday.

The thief has asked sorry for stoling covid vaccine. The disappearance of vaccine doses and files from the PP Center was stirred up. The cost of the stolen vaccine dose was stated to be around Rs 2.5 lakh.

The hospital administration was stirred as soon as the news of the vaccine theft spread. After this, vaccine vials were found in a plastic bag at the tea shop in front of the Civil Line police station. The thief had also left a slip with the vaccine. It was written in this slip – sorry forgive me. I was not aware that it was a corona Vaccine.

A masked young man rode a motorcycle on a kiosk outside the police station and wrapped it in a cloth and left it stating that it contained a scribe’s bread. A slip was also found in the cloth, on which it was written, ‘Sorry I did not knew this was Corona medicine’.

Now the Civil Line Police Station is busy trying to find clues of the youth through CCTV footage. However, no clue has yet been found of the missing files from the PP Center.

Jite DSP Jitendra Khatkar said, “At 12:30 an unknown person came to the tea shop and gave the bag to an elderly man. The stolen 1710 Corona vaccines were recovered from this bag. The investigation is on. No arrests have been made yet.

Apart from the corona vaccine, some files were also missing from the PP center of Jind civil hospital, but no clue has been found so far. Now the Civil Line Police Station is searching the CCTV footage and is trying to locate the masked young man.

1710 doses of corona left in the PP center of Jind’s civil hospital were kept in the fridge. In the middle of the night, two thieves broke the locks of the center and stole the vaccine. The stolen vaccine consists of 1270 covicshields and 440 covaciens. Along with this, the thieves also stole the inquiry files kept in the other room. The theft incident was detected on Thursday morning when the staff reached the PP center.

The person who had stolen the vaccine returned the vaccine, saying sorry. However, this vaccine is no longer useful because its packing was open. To keep the vaccine safe, it has to be kept at a controlled temperature. This corona vaccine dose was stolen from Jind’s civil hospital.