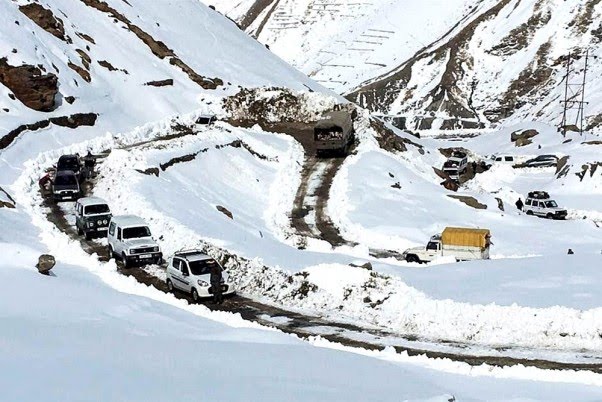 Three of the 13 tourists, who were on their way from Rohru to Sangla, died on the way due to heavy snow and cold wave conditions while operation is on to rescue the remaining 10.

The victims were identified as Deepak Narayan (58), Rajender Pathak (65) and Ashok Madhukar (64), all from Mumbai.

The trekkers were on their way from Janglik village in Dodra Kwar in Rohru subdivision to Sangla in Kinnaur district. The authorities were alerted around 4.30pm.

“A 13-member police team rescued four members around 12am, and it took another three hours to rescue the other six,” said Kinnaur superintendent of police Ashok Rattan. Of the 13 trekkers, 12 were from Mumbai and one from Delhi.

“A rescued trekker told us that three people had succumbed to hypothermia. However, due to heavy snowfall in the area at night, the rescuers were unable to reach the location. The 10 rescued trekkers were brought to the Reckong Peo Hospital. A rescue team, comprising Indo-Tibetan Border Police personnel, has been dispatched to recover the bodies,” he said.

Earlier on Sunday, several parts of Himachal Pradesh, including Lahaul and Spiti, also received snowfall. The Manali-Leh highway was closed for normal traffic on Sunday after fresh snow at Baralacha pass in the Lahaul and Spiti district.

According to a disaster management official, 80 people were stuck in the Lahaul-Spiti district due to bad weather on Thursday.