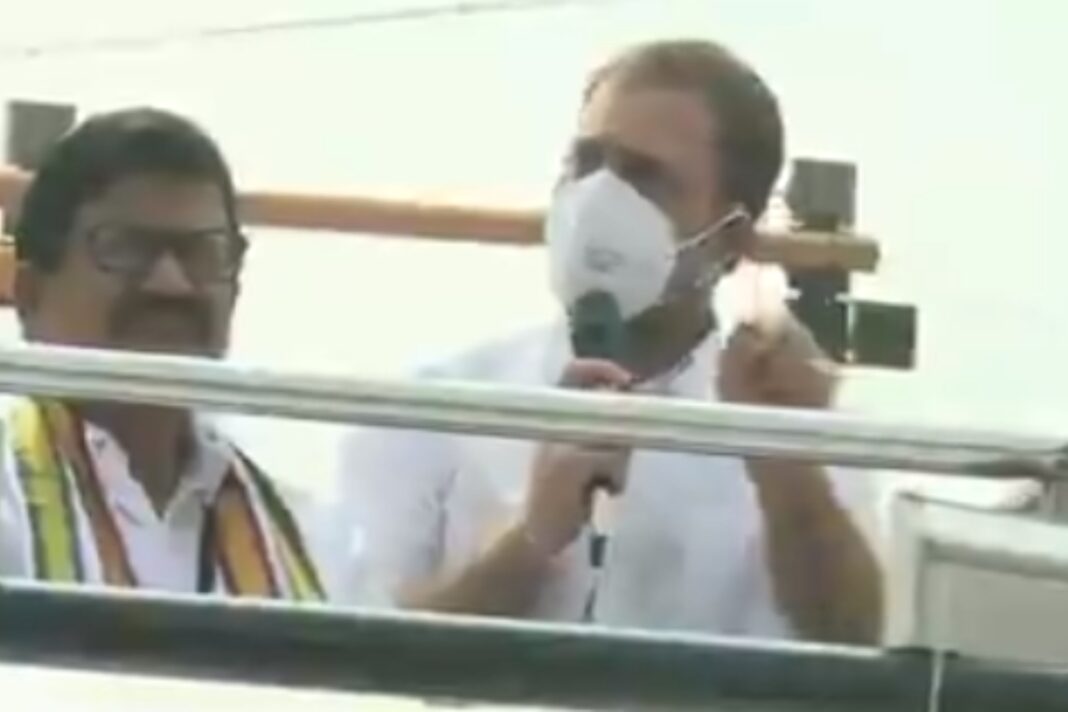 Former Congress President Rahul Gandhi on Saturday kick-started his election campaign in Tamil Nadu ahead of the Assembly Polls. In his address, the congress leader while attacking Prime Minister Narendra Modi said that he doesn’t respect Tamil culture and language.

Speaking to his supporters in Coimbatore, which was his first step of three-day trip to the state, Rahul stated, “Mr Narendra Modi has no respect for the culture, language and people of Tamil Nadu. He thinks that Tamil people, language and culture should be subservient to his ideas and culture.”

“The Prime Minister believed that India should have only one culture, one language and one idea. Modi believes that people should worship only one person and that should be him. He does not understand the spirit of the Tamil people, culture and language. Tamil people will respond only to love and kindness and respect because Tamils have self-respect,” he added.

He also alleged that the Prime Minister and his government is deliberately ignoring farmers protest as they intend to benefit industrialists.

“The farmers will be made servants of companies and that is why we are fighting against them [Modi government]. I believe that Tamil Nadu will set an example for India. It is very unfortunate that farmers and youths are not given opportunities in the state. That is why we are working to help you,” Rahul was quoted as saying by ANI.

“Tamil Nadu requires a new government. That is why we want to work with you to get a government that you would be proud of,” he said.

Before his visit, Rahul had tweeted, “I am delighted to be back in Tamil Nadu today to spend time with my Tamilian brothers and sisters in the Kongu belt. Together, we will defend & preserve the unique culture of the Tamils against the attacks by Modi govt.”