Tripura: Women Journalist gets bail, Minister Sushant Choudhary alleges they were ‘instigating people against the government’ 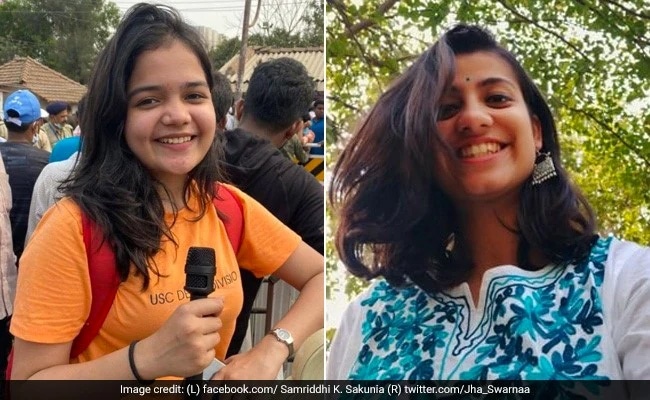 Two women journalists arrested in Tripura for their posts on communal incidents were ‘instigating people against the government’. This allegation has been made by Tripura’s Information Minister Sushant Choudhary.

The court, while releasing the women journalists, said the allegations leveled were serious, but that their detention would amount to a “serious infringement of personal liberty”. Samridhi Sakunia and Swarna Jha were granted bail on Monday. She was detained in Assam on Sunday after a case was registered against her by the Tripura Police for ‘spreading communal discrimination’. Actually, these women journalists had reported about the demolition of a mosque in the state.

Information Minister and State Government Spokesperson Sushant Choudhary said, “Both women journalists were instigating people against the government. She was trying to unite the Muslim community on behalf of another political party. ‘

He said, ‘If she wants to present ground reporting and news in general, then we have no problem but why were you posting inflammatory posts? We all saw what happened in Amaravati, the minority community was incited to take to the streets, who did it? Such journalists did it.’

The Editors Guild of India condemned the police action against the two journalists and demanded their immediate release and restoration of their freedom to travel.

On the other hand, Tripura Police said in a statement that the case involved a tweet by Samridhi, who had visited a half-burnt prayer place in a private house and claimed to have burnt the Quran. The police also said that Samridhi’s posts were not correct and were meant to promote hatred between the two communities. Police said they found that no religious texts were burnt and the journalists were called to Agartala for questioning. She was detained after leaving the state. Tripura Police suspects that the videos uploaded by them have also been ‘tampered’.