UP Polls 2022: BJP to hold meet to discuss election strategy 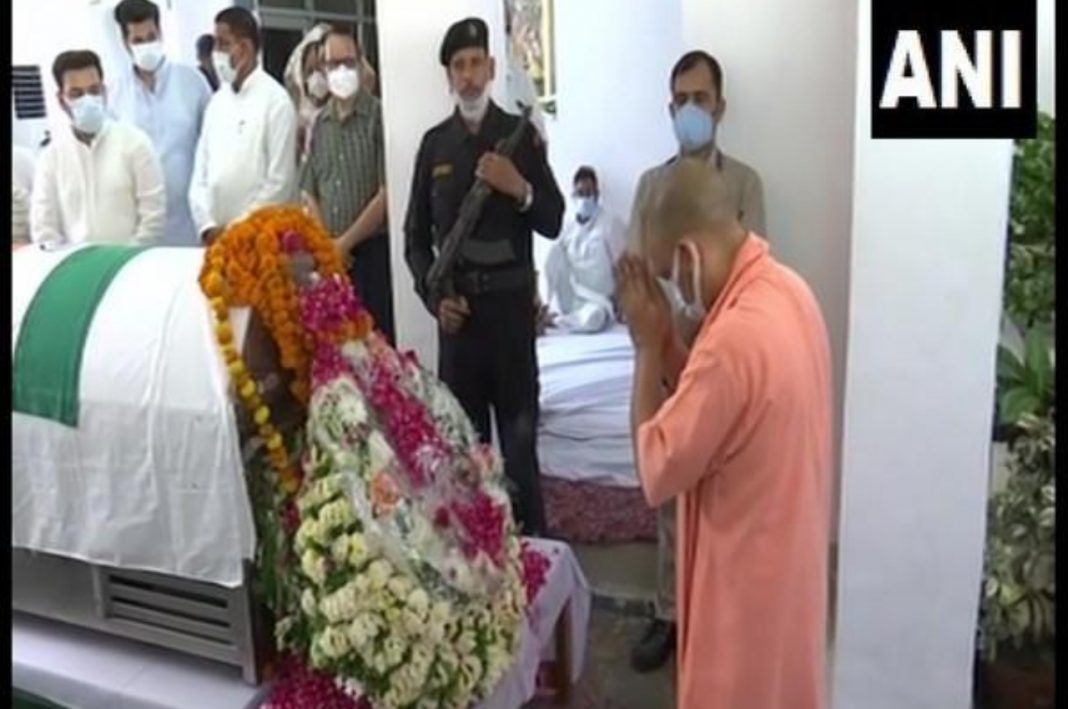 The meeting will focus on discussing the current issues, including the Centre’s schemes for the poor and assembly election, said Singh. Taking a jibe on Congress leader Priyanka Gandhi’s visit to the state, Singh said “Congress always does drama”.

“Why are we talking about the Priyanka Gandhi or congress? Neither they work for the nation nor in the favour of the poor, they only looted the nation and made people fool. It took 70 years for the poor to for getting pakka house, gas connection and electricity facility”, he added.

With an eye on the forthcoming Uttar Pradesh Assembly polls, it was earlier reproted that BJP will hold a meet to woo OBC voters. The meeting will also be attended by CM Yogi Adityanath.

The meet, state executive of OBC morcha, scheduled to take place on September 18 in Ayodhya will witness the participation of Chief Minister Yogi Adityanath and Deputy Chief Ministers. All OBC MPs and MLAs are also expected to attend the meet.

Speaking to ANI, BJP’s National OBC Morcha president K Laxman said that the Modi government has taken many steps to ensure that OBCs get proper representation.
“The government approved 27 per cent reservation for OBCs in medical education and has given proper representation to the community in Union Cabinet. We held Jan Ashirwad Yatra for those ministers across the country. No other Prime Minister or party has taken care of the political representation of OBCs like the Modi government did,” added Laxman while confirming about state executive meeting of OBC morcha in Ayodhya.

In the 2017 Assembly polls, Yogi Adityanth led BJP won 325 seats out of a total of 403 Assembly seats. Samajwadi Party and its allies won 54 seats, BSP won 19 seats and others won 5 seats respectively.