UP tells farmers to end protest and vacate Ghazipur 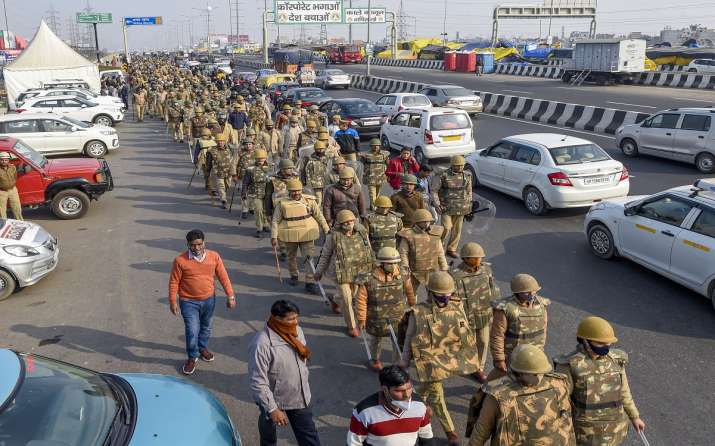 The Ghaziabad administration has given an ultimatum to the protesting farmers to vacate the UP gate by midnight on Thursday, otherwise they will be removed from there. Officials gave this information. Three farmer organizations have withdrawn their agitation against three central agricultural laws over violence in Delhi on Republic Day. The administration then gave this “oral” instruction. A district official told PTI that Ghaziabad District Magistrate Ajay Shankar Pandey interacted with the protesters camping at UP Gate on the Delhi border and asked them to vacate the protest site by night. If not, the administration will remove them.

Senior administrative officer and senior police officer including DM Ajay Shankar Pandey are present on the spot. The heavy force from the Meerut range has arrived here. According to sources, direct indications have been given from Lucknow that the farmers be removed from the picket site.

Fewer people are left at the strike site now. According to the information received, the tent is being removed from the picket site. Earlier, RAF personnel carried out a flag march on the Ghazipur border.

On January 26, farmers organized a tractor rally on the occasion of Republic Day. During this period, some people from the peasants reached Delhi on a different route. Due to which the Delhi ITO and the Red Fort caused an uproar. After this, the Uttar Pradesh government is eliminating farmers wherever they are going on a dharna.

The central government has come out with three new agricultural laws in the past year, which have made provisions like procurement outside government mandis, approving contract farming and ending the stock limit of many grains and pulses. Farmers have been agitating since this month and are demanding to withdraw these laws. The farmers were earlier agitating in their states regarding these laws. At the same time, from 26 November, farmers of many states are protesting at different borders of Delhi (Singhu Border, Shahjahanpur Border, Ghazipur Border, Tiki Border).

The police have registered dozens of FIRs in connection with the violence in Delhi and the lookout circular has been issued on Thursday against the farmers leaders and other accused, who have been named in this violence. Now these people cannot go outside the country at the moment. Police have said that passports of these leaders will also be confiscated.