UP: Yogi Government Changed The Name Of Faizabad Railway Junction, Decided To Name It ‘Ayodhya Cantt’ 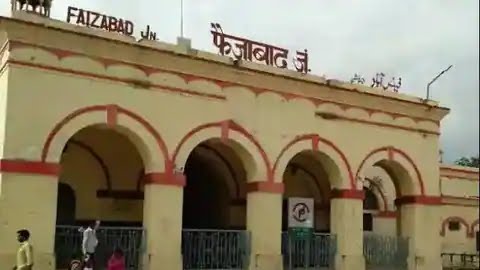 Yogi government of Uttar Pradesh has changed the name of Faizabad railway junction.

Now this station will be known as Ayodhya Cantt.

MP Lallu Singh has thanked the central and state leadership for accepting the request of the residents of Ayodhya.

In fact, the DRM of Lucknow, who reached Varanasi on Saturday, gave information about this. He told that the name of Faizabad station will be Ayodhya Cantt. Ayodhya, Ayodhya Cantt and Ramghat stations will also be developed. The DRM says that this will make it easier for the devotees going to Ayodhya. The DRM told that the railway is planning to develop the stations of Ayodhya in such a way that the devotees can realize the religious importance of Ayodhya from the station itself.