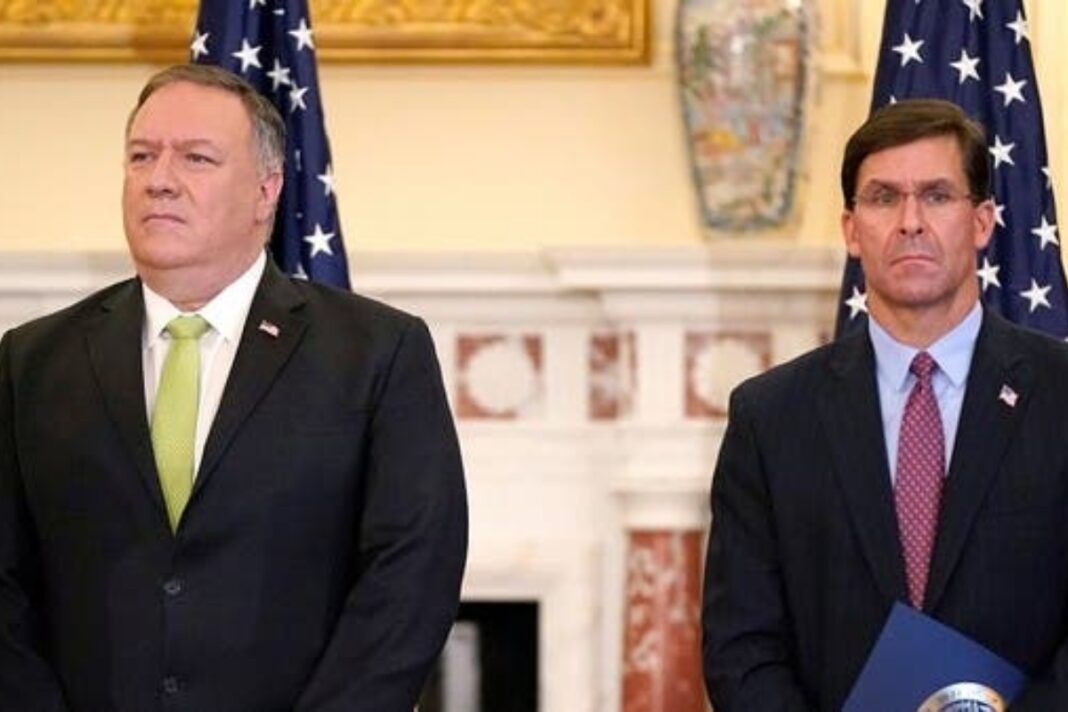 US secretary Mike Pompeo and the defence chief Mike Esper will visit India next week to hold third 2+2 ministerial meeting. The diplomats will be traveling to New Delhi for one-day in-person meetings with their Indian counterparts S Jaishankar and Rajnath Singh on October 27.

“Secretary Pompeo and I will be there next week,” Secretary Esper said at Atlantic Council, a think tank, responding to a question about the upcoming 2+2. “It’s our second two plus two with the Indians, the third ever for the United States and India and it’s very important.”

He added: “India will well be the most consequential partner for us, I think, in the Indo-Pacific for sure, in the century, and look it’s the world’s largest democracy, a very capable country, very talented people, and they face off every day, the Chinese aggression in the Himalayas, specifically along that line of actual control.”

Esper and Pompeo’s meetings with Indian counterparts call for “a lot more close collaboration between India and US in the IndoPacific region where China is overtaking.

“Together these efforts will strengthen what may become one of the most consequential partnerships of the 21st century,” Esper added.

One of the most important topics discussed in the meeting could be the Basic Exchange and Cooperation Agreement(BECA) — a pact with military implications. More details of the meetings are yet to be revealed