Uttar Pradesh is celebrating 70 years of its foundation day 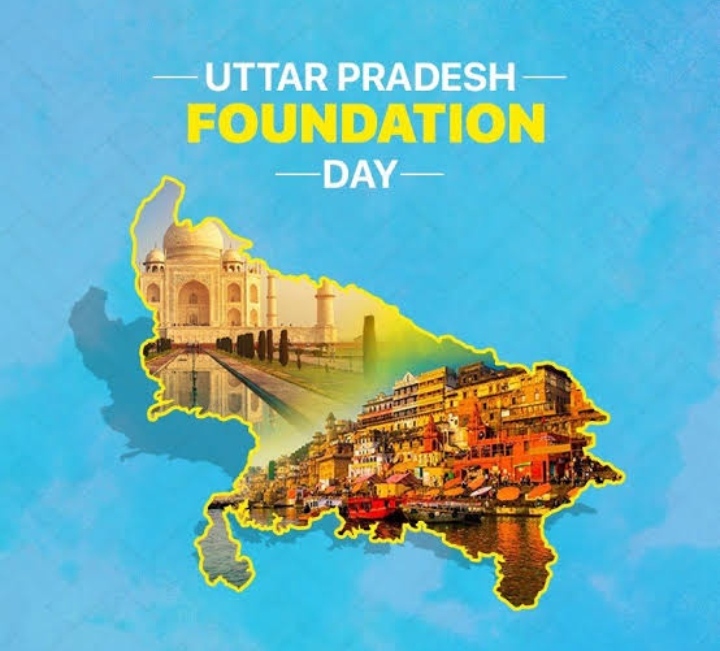 Actually, Uttar Pradesh got this name on the day of 24 January 1950 70 years ago. Before that it was known as United Province at the time of British rule. Awadh and Agra were merged to form the United Provinces.

Congratulating Rajnath Singh on this occasion, he said, ‘Heartiest greetings to all my brothers and sisters of Uttar Pradesh on’ Foundation Day ‘. There are immense possibilities of development in the state, which is being worked on extensively under the leadership of Chief Minister Yogi Adityanath ji. May Uttar Pradesh prosper and develop, this is my wish to God.

Yogi Adityanath said, ‘Maryada Purushottam Prabhu Sri Ram and Liladhar Sri Krishna’s state of the holy birthplace, the heartland of India, the cradle of Indian culture. Hearty congratulations to all the residents on the foundation day of Uttar Pradesh. Come, let us all be determined to realize the concept of ‘Self-reliant Uttar Pradesh’.