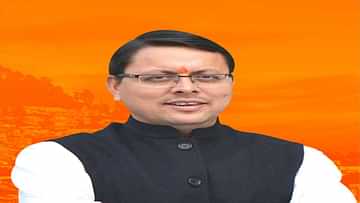 After which, during the important hearing held on Thursday, the High Court had allowed the Char Dham Yatra with some restrictions. The division bench of the Chief Justice has allowed 1200 devotees or yatris in Badrinath Dham, 800 in Kedarnath Dham, 600 in Gangotri and 400 in Yamanotri Dham. Apart from this, the court has also asked every devotee to carry a Covid negative report and a certificate of two vaccines.

Devotees are not allowed to take bath in the pool

Apart from this, the High Court in its order has asked to deploy police force as per requirement during Chardham Yatra to be held in Chamoli, Rudraprayag and Uttarkashi districts. Apart from this, devotees will not be able to take bath in any pool.

The High Court has directed the government that there should be complete medical facilities in all the four Dhams. There should be adequate arrangements for medical staff, nurses, doctors, oxygen beds and ventilators. During the journey, the government should issue a medical helpline. So that unwell people can easily get to know about health related facilities. Instructions were given to make five check posts in Badrinath, three in Kedarnath. In future, if the cases of Covid increase, then the government can postpone the journey.

At the same time, the court has asked for effective implementation of Anti-Spouting Act in all the four Dhams. Instructions have been given to the Legal Services Authority of the three districts to monitor the journey and submit its report to the court every week.