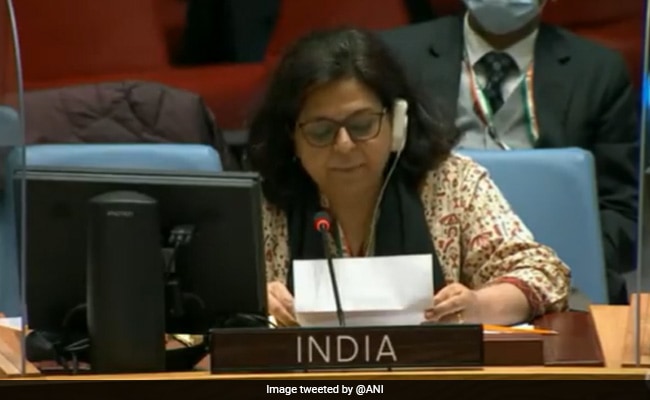 Pakistan once again raised the issue of Kashmir in the United Nations Security Council (UNSC), India gave a befitting reply to the neighboring country on Tuesday. Kajal Bhatt, Counselor / Legal Advisor of Permanent UN Mission of India, representing India in this UN Security Council, criticized Pakistan for raising the issue again. Dr Bhatt, who hails from Jammu and Kashmir, said during her address that UN members are aware that Pakistan has a “long history and policy” of openly supporting, aiding and sheltering terrorists.

After the issue was raised by Munir Akram, representing Pakistan, Kajal Bhatt reacted strongly in this open debate saying that ‘the Union Territories of Jammu and Kashmir and Ladakh were always an integral part of India, and will remain so. It also includes that part, which is illegally occupied by Pakistan. We call upon Pakistan to immediately vacate the areas of illegal occupation.

Bhatt further said that ‘this is a country which is known worldwide for the fact that it openly supports terrorists, gives them funding, arms and training. This is their state policy. This is the highest number of terrorists declared by the UNSC.’

She said that India will continue to take strict and decisive steps to eliminate cross-border terrorism coming from Pakistan. Bhatt said in her address that India seeks normal neighborly relations with all its neighbors including Pakistan and is committed to resolve any issue peacefully under the Simla Agreement and the Lahore Declaration.