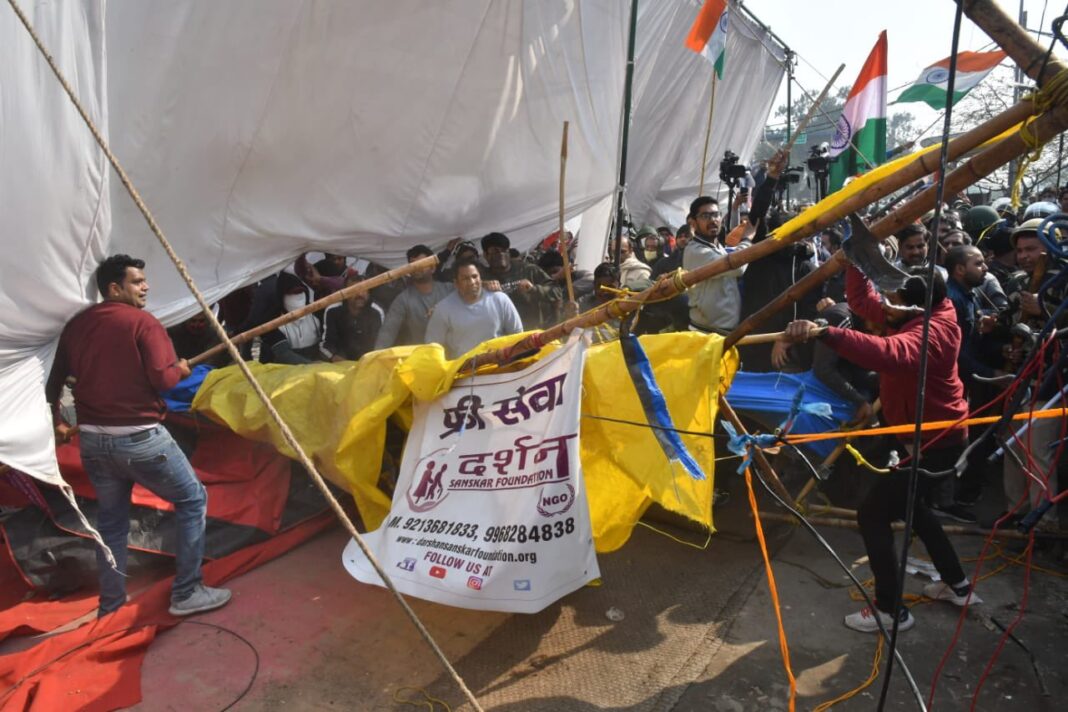 Days after a violent mob of anti-farm law protestors desecrated the Indian flag at the Red Fort, a scuffle broke out between the farmers and the locals at the Singhu border.

It is notable here that the farmer protestors have been camping on the major highway entrances on the outskirts of Delhi for weeks. After running riots in the capital on Republic Day, they had gone back to those campsites at various Delhi border entry points.

Commenting on the clashes between the ‘locals’ and farmers, Swaraj Abhiyan leader Yogendra Yadav and CPI(M) accused the BJP and RSS of sending their ‘goons’ to foment trouble at Singhu and Tikri borders.

Thousands of farmers gathered in Muzaffarnagar to attend a mahapanchayat in support of the Bharatiya Kisan Union which is protesting against the three farm laws in Ghazipur on the Delhi-Uttar Pradesh border.

Personnel of the Delhi Police, along with those of the paramilitary forces, have been deployed at the borders.

Several roads have been closed and the traffic police has asked the commuters to take other routes.

A group of people, claiming to be locals, threw stones and vandalised tents of protesting farmers at the Delhi-Haryana border in Singhu on Friday, 29 January.

This has been the center of farmers’ protests since November. One police official has been injured in the violence, reported NDTV.

The Delhi Police reportedly used baton charge and tear gas shells to control the situation, as locals clashed with the protesting farmers.

Tikri and the Delhi-Uttar Pradesh border at Ghazipur have also been placed under a heavy blanket of security.